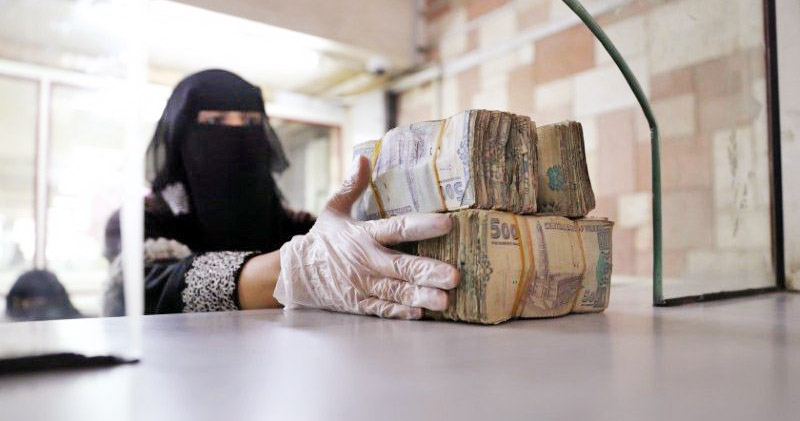 Yemen’s warring sides opened a new front in their five-year conflict on Saturday – a battle over old and new banknotes that threatens to create two economies in the same state. As of midnight, the Houthi movement which controls the capital Sanaa outlawed the use and possession of crisp new Yemeni riyal bills issued by its rivals in the internationally recognised government based in the southern port town of Aden. The Iran-allied Houthis, who say people should only use the old bills, have defended the ban as a move against inflation and what they call rampant money-printing by the government. The government has branded the ban an act of economic vandalism. And the population, as ever, have been left stuck in the crossfire.

Yemenis from both sides told Reuters the ban had effectively created two currencies with diverging values, adding to the turmoil in a state already governed by two powers and brought to its knees by the war. In the one-month build up to the ban, people in Houthi-controlled areas have been queuing to try to exchange their new riyal notes for old, turning the grubby and torn bills into a prized and relatively scarce commodity.

The riyal stood at about 560 to the dollar across Yemen before the ban was announced in mid-December. The rate has since slipped a little in Houthi-controlled areas to around 582, but slumped much further to 642 in the south, an area now awash with new bills.

That relative strength might look like a boon for northerners, if only they could get hold of enough of the old notes in time to keep afloat in the largely cash-based economy.

“We go for the exchange and they won’t take [the new notes] from us. Or say they need three, four or five days,” craftsman Abdullah Saleh al-Dahmasi told Reuters on a Sanaa street a week before the ban came into force.

“The new one isn’t accepted and the old one is worn out, they have to find a solution,” the 27-year-old said.

A few days before the ban came in, around 20 angry men and women were turned away from one exchange which said it had filled its quota for the day. Many had been coming there for three days in the hope of swapping their cash.

North-south trade has become far more expensive as traders have to buy and sell two types of riyal – told apart by the state of the paper and the different sizes and designs.

Many people in Sanaa told Reuters they felt the ban was needed to constrain inflation. But they were facing difficulties in the short-term. “When people saw that new currency come into circulation, they held onto it as it was new and shiny. But now it’s a problem that they have it,” said 28-year-old Abdallah Bashiri, a private sector worker in Sanaa.

In that city, legal exchanges will swap 100,000 Yemeni riyals (around $172) in new notes for electronic currency that can be spent on things like phone credit or electricity bills, for a small fee of around $1.50.