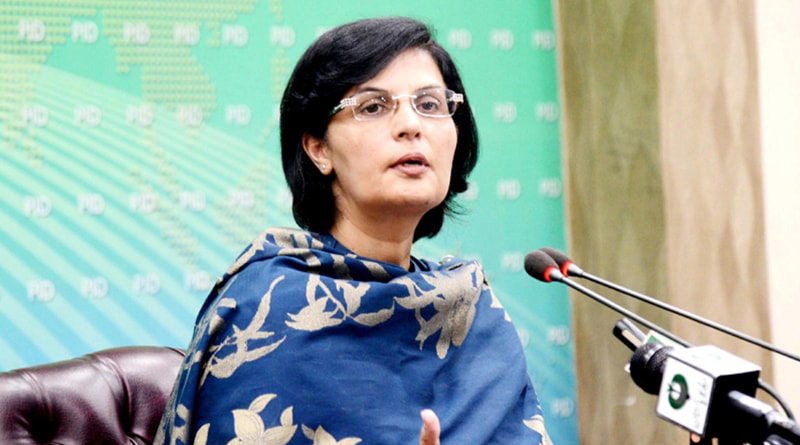 The government on Saturday took action against officials who illegally benefited from the Benazir Income Support Program (BISP), and fired four grade-17 officers in connection with the scandal.

Officers, who exploited the BISP by enrolling their wives as beneficiaries, have been dismissed from service on the charges of corruption and misconduct.

Four grade 17 BISP officers dismissed from service on charges of corruption and misconduct as they got their wives enrolled as BISP beneficiaries fraudulently, using their position in BISP. An amount of Rs 440,196 has also been recovered from them.

It is pertinent to mention here that among those exploited the rights of poor included BISP Assistant Directors Muhammad Nouman Zaheem, Shafi Ullah, Syed Fazle Amin and Sabeel Khan.

Show-cause notice given to unqualified beneficiaries On Jan 17, the top government officials, who took benefit from Benazir Income Support Programme (BISP), have been given show-cause notices regarding termination from their jobs as their names have started to surface. Sources said that an inquiry against the officials including BISP Assistant Director in Dera Ghazi, Mohammad Nauman has been launched on the directives of Prime Minister (PM) Imran Khan, who had expressed strong displeasure when a report of beneficiaries disqualified from BISP database, on the basis of being government employees or servants of railways, was presented to him.

Meanwhile, the government has issued show cause notices to the government employees who have been exploiting the rights of the poor using the credentials of their wives for nine years.

Officers, who exploited BISP by enrolling their wives, have been given 10 days to respond. Jobs will be terminated if they do not respond satisfactorily.

According to details, 2,543 senior officers were removed from the BISP list and officials from Balochistan and Sindh had received highest amounts through the programme.

According to details, 2,543 senior officers were removed from the BISP list and officials from Balochistan and Sindh had received highest amounts through the programme.

The government has raised the quarterly grant from Rs5,000 to Rs5,500 for 4.3 million beneficiaries under the Ehsaas Kifalat Programme of the BISP, Special Assistant to the Prime Minister on Social Protection and Poverty Alleviation and BISP Chairman Dr Sania Nishtar had said in a statement.

During a press conference in Islamabad, Dr Sania had asserted that measures have been taken to secure due rights for the deserving people only, and that whole procedure for inclusion in BISP has been made apolitical.

She had said that the disqualification criteria includes travel history of the member, vehicle ownership, availing facility of executive services for passport and National Identity Card (NIC) and service in government sectors.

She had termed inclusion of 216 villages located alongside restive Line of Control (LoC) in Kifalat Program “another milestone of the Ehsaas Programme.” She had said people of these villages were the most deserving due to their frequent economic losses as due to cross border firing from the Indian side of the border.

On Dec. 24, the federal cabinet had approved removing 820,165 beneficiaries from the BISP database, while terming them as “undeserving”. Importantly, Dr Sania had also informed the cabinet that in view of some complaints and a need to update the BISP data, the survey was reexamined with the help of the National Database and Registration Authority (NADRA).

She had said that during the reexamination some aspects were analysed. For example, she had added, it was ascertained whether the family of a beneficiary had any motorcycle or car or whether a spouse was a government employee.