In your perspective, does Pakistan Tehreek-e-Insaaf (PTI) still uphold its fame and status comparative to the pre-election one?

When it comes to election ground, we can see how renowned a political party is by the strength of supporters. PTI has won the hearts of people of Pakistan. PTI has indeed taken major measures in every department of government to stabilise the economy, which has resulted in inflation; causing electricity and gas bills to increase. Survival has become hard for those whose monthly wages are around fifteen thousand. Imran Khan has stated that in the current year, the PTI will focus on good governance and costliness. 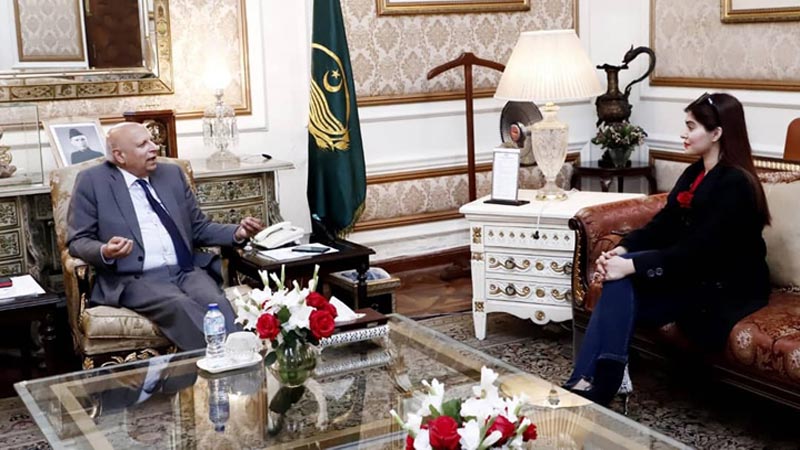 Where do you see PMLN standing politically in the next five years?

The politics in Pakistan is highly unpredictable. According to my assessment, the future of Pakistan Muslim League-N or any other party depends upon the delivery of the PTI in its tenure. If PTI stands out in deflation and good governance, restores and improves the hospitals and condition of schools, no other party can be a threat to the PTI.

Imran Khan says that youth plays a vital role in establishing and prospering a country. What measures is the PTI taking to promote youth?

It’s my message to the youth of Pakistan, “Aim High” as nothing is Impossible in life. Never lessen your dreams as the youth of Pakistan is very talented and dedicated. There is no yellow brick road to be walked to success. Rather, it is a story of periods of growth and development interrupted by setbacks, difficulties and the prospects of calamity. We have directed the youth on the right path and motivated them as well. The government of Pakistan is creating more job and entrepreneurial opportunities for them. A time will come when Pakistan becomes economically stable.

Inflation has frightened every single person. Do you second that PTI has lifted the economy of Pakistan?

I agree with you that people are now apprehensive. They are countering inflation and other problems that have agitated them. We can see that Pakistan’s current account deficit has reduced, FATF did not blacklist Pakistan, shelter homes have been established and Ehsas program has given loans to people. All this illustrates that things are moving towards stability. Government of Pakistan is making multiple efforts to secure its economy from every aspect.

Is it true that government and bureaucracy don’t go hand in hand and that has caused major hustle in transfers and postings?

Imran Khan has envisioned the organisations in Pakistan to become non-political, empowered and independent. Imran Khan has stated there must be no political interference. When the public representatives, MPAs and MNAs take concerns of their locals to the bureaucracy, it calls it interference in its matters. We expect the bureaucracy to listen to the representatives of the government and resolve matters that are legal and lawful. If the due respect is given by a bureaucrat to the government representative or held equivalent to its relative, friend or its batchmate, I’m hopeful all matters will be resolved.

The PTI government has given time-frames to counter and meet flaws in the country. How well has it accomplished its manifesto?

Pakistan has been suffering from illiteracy, energy crises, corruption, unemployment, poverty, health issues and so more. The government of PTI is facing these challenges upfront. The counterparts use to say that Pakistan will be unable to pay its debt instalments and will collapse but thanks to Allah Almighty, nothing happened like such. The government has tried reducing the trade deficit of Pakistan, which was higher. It will take time to settle hitches. The people of Pakistan will have to remain steadfast as good will come to them. The people of Pakistan should at least wait for one more year before they analyse our performance. 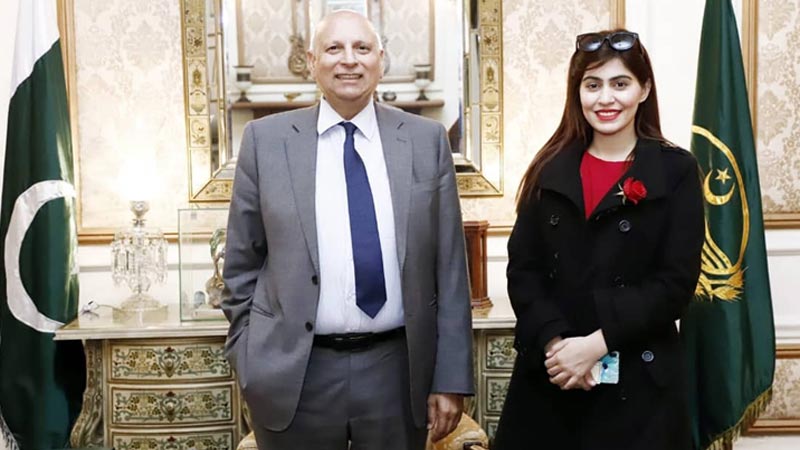 How true is it that the government of Punjab does not stand on a page and the PTI has inbuilt groups?

This is the thing of the past. PTI representatives think alike. We are on the same ship. We will sail together and sink together. If we sail successfully, it will be beneficial for the twenty-two-crore people of Pakistan. I disagree with rumours like Jehangir Tareen’s group, Shah Mehmood Qureshi’s group, Aleem Khan’s group or Chaudry Sarwar’s group, etc. We are all on the same page and have no conflict of interest. We are working for the betterment of state altogether and we shall continue it.

What is the purpose of decreased facilitation of the education department? The budget is decreased, scholarships are reduced and higher education funds are depleted!

Unfortunately, finances are short. In higher education, undoubtedly, all vice-chancellors are based upon merit. It’s a seventy-year open challenge and no one can claim it. Merit-based appointments are done and in the coming era, the universities of Pakistan will be included among 500 most famous and result oriented universities.

Who is responsible for the PIC incident? It was a challenge to the government’s writ!

Doctors and lawyers both are respectable for us. I have heard both sides’ views, and it was only a small number of people who didn’t abide by the law while the rest had to suffer. Both have realised that they shouldn’t have attacked this way. We have appealed to them to sort it out and in the future, things will be more composed and unruffled.

Tik Tok stars, Hareem Shah and Sandal Khatak have become a threat for many. Who is supporting them?

People enjoy gossip as we see program anchors making party representatives quarrel to get their show popular. Likewise, several people take selfies with us. This cannot be scandalised. People must move ahead now.

Where do you see PTI in the next elections?

Elections are based upon people’s decree. And to win the vote of the nation, one has to deliver. If we perform well, certainly the PTI will show up.