Astronauts on the moon and Mars may grow their homes there out of mushrooms, says NASA

NASA scientists are working on a bizarre mushroom Moon and Mars base project that could result in lunar structures being built onsite out of living fungi. 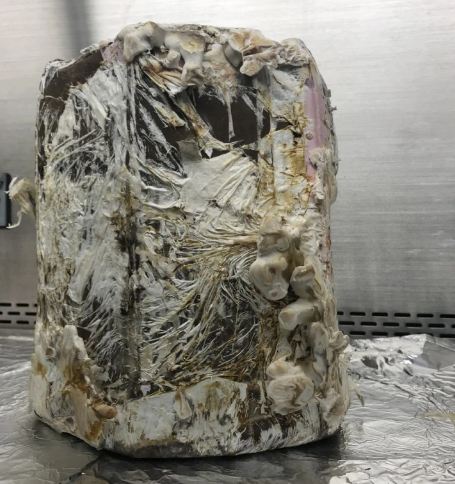 Lynn Rothschild, the principal investigator on the early-stage project, said: “Right now, traditional habitat designs for Mars are like a turtle — carrying our homes with us on our backs — a reliable plan, but with huge energy costs.

“Instead, we can harness mycelia to grow these habitats ourselves when we get there.”

She added: “When we design for space, we’re free to experiment with new ideas and materials with much more freedom than we would on Earth.

“And after these prototypes are designed for other worlds, we can bring them back to ours.”

Astronauts could bring a much more compact habitat made from lightweight materials embedded with fungi. These could survive long-term spaceflight and once the habitat was placed on the surface, all the astronauts would need to do is activate the fungi by adding water.
The habitat would protect humans while also protecting the lunar or Martian surface because the fungi would be contained within the structure.
The mycelia will be genetically altered so they can’t exist if separated from the habitat, preventing the surface of Mars from becoming contaminated. This would also prevent any false positive reading for life on the Martian surface that’s really from Earth. The mycelia structure will also be baked to reinforce its structure and further prevent contamination.
Fungi feed off of organic material and produce spores. Underneath, mycelia act like roots that actively build the fungi.
They can spread out into a multitude of mushrooms. Or, in this example of synthetic biology, they can actually be used to create a different kind of detailed structure like the literal building blocks of habitat.