At least 104 people have died due to dense snowfall and avalanches in different parts of country. 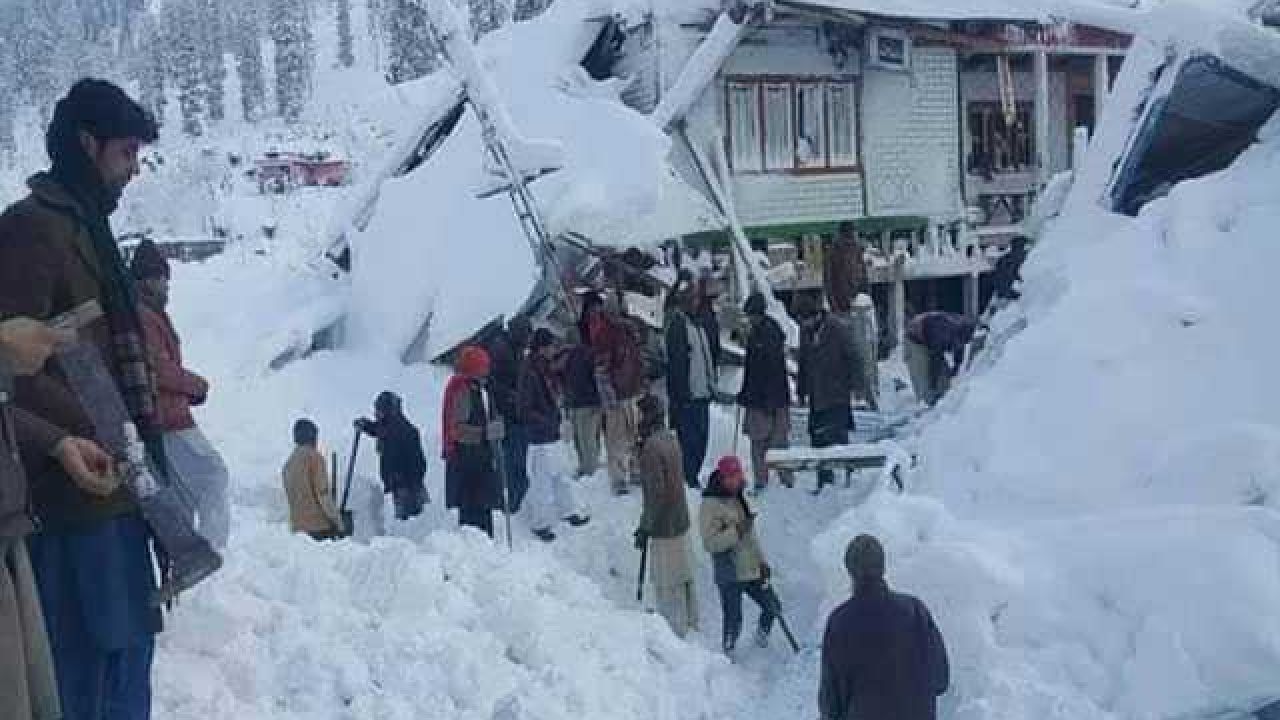 The National Disaster Management Authority (NDMA) issued a report on Thursday, giving the facts and figures that around 77 people have died in AJK and 56 injured whereas 202 houses have been damaged due to avalanches in the Neelum district. 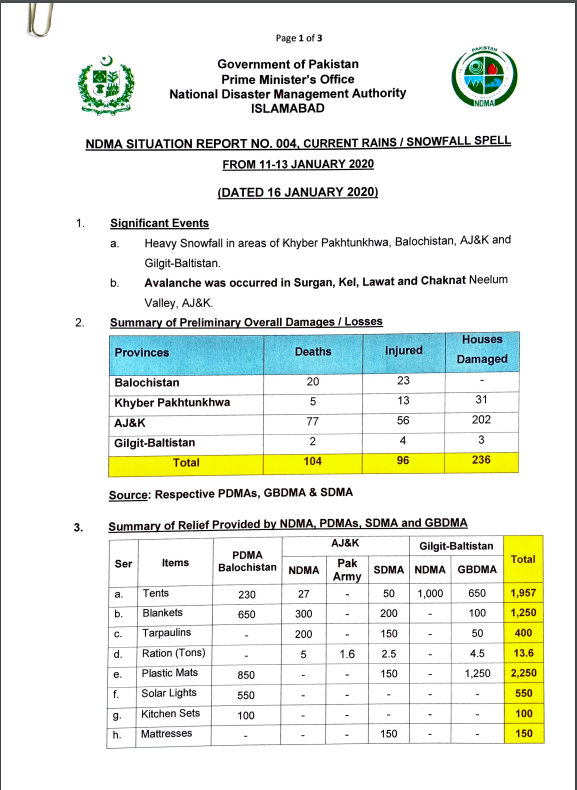 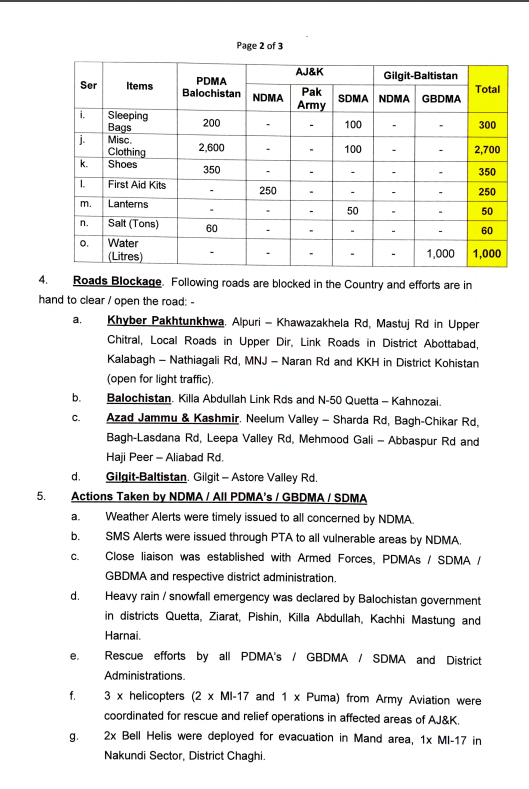 According to NDMA, no further causalities are reported in Balochistan where 20 casualties have been reported with 23 people injured.

In Khyber Pakhtunkhwa, five people have died and 13 injured, a total of 31 houses damaged due to heavy snowfall.

The report said the heavy snowfall in KP, AJK and GB has wreaked havoc with life and property whereas avalanches occurred in Surgan, Kel, Lawat, Chaknat, Neelum Valley and AJK. Over a dozen of various roads and highways are blocked in AJK, Balochistan, KP and GB.