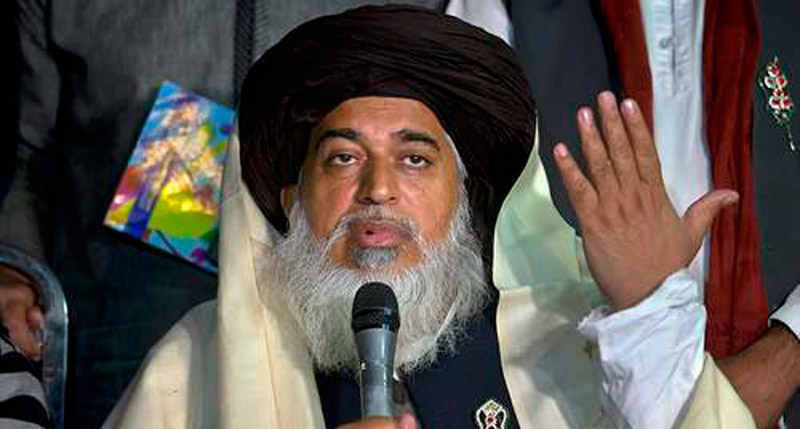 An anti-terrorist court has sentenced 86 members of a religious party to 55-year prison terms each for taking part in violent rallies in 2018 over the acquittal of a Christian woman in a blasphemy case.

The verdicts were announced late Thursday night by the court in Rawalpindi. The trial had lasted for over a year. Pir Ejaz Ashrafi, a senior leader of Tehreek-e-Labbaik Pakistan, said the sentences will be appealed.

The court was hearing a case registered in the Pindighep police station against TLP workers who held violent protests and clashed with the police over the arrest of party chief Khadim Hussain Rizvi in 2018.

“Justice has not been done,” Ashrafi said. “We will challenge the verdicts,” he added.

The 86 were charged with damaging public property, beating people up and disrupting normal life by staging sit-ins against the acquittal of Aasia Bibi earlier that year.

A prominent lawyer, AK Dogar, criticized the verdicts, saying they are mostly symbolic and that none of those convicted will spend more than 25 years in prison at the most, which is equivalent to a life sentence under Pakistani law. Dogar was not involved in the case of the sentenced Tehreek-e-Labbaik members. “Imprisonments given by judges of more than 25 years are mostly symbolic,” he said. “The convicted person only spends a maximum 25 years in prison.”

After the verdict was announced, the convicts were escorted to Attock jail in three vehicles by Elite Force officials.

Rizvi was arrested along with other leaders of TLP as well as the Tehreek-i-Labbaik Ya Rasool Allah party in 2018 in a crackdown by security forces in Lahore. Soon after the news of his arrest spread, hundreds of activists of the two parties took to the streets and blocked many roads for traffic.

The arrests came months after the party held a sit-in in Islamabad against a Supreme Court verdict acquitting Aasia Bibi in a blasphemy case. However, the government had insisted that the arrests had nothing to do with the sit-in.

“The action was prompted by TLP’s refusal to withdraw its call for protest on November 25 [2018]. It’s to safeguard public life, property and order,” then information minister Fawad Chaudhry had shared on Twitter.