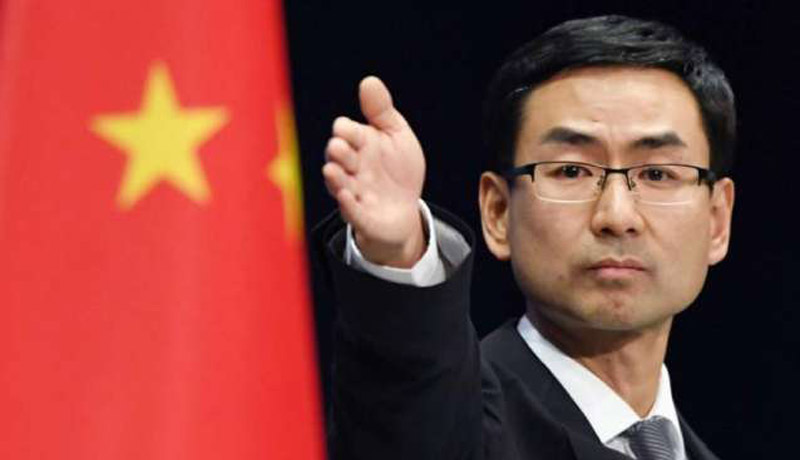 China on Friday urged the United Nations Security Council (UNSC) to pay attention to the prevailing situation in Indian-held Kashmir and affirmed that discussion over Kashmir issue held at the Security Council’s meeting will help de-escalate tension between India and Pakistan and pave way for a proper settlement of the longstanding issue.

“The UNSC should pay attention to the situation in Kashmir based on the latest developments and the review in the UNSC meeting will help de-escalate tension and proper settlement,” Chinese Foreign Ministry’s Spokesperson Geng Shuang said during his regular briefing. He said the Kashmir issue between India and Pakistan has always been on the UNSC agenda and as the permanent member of the UNSC, China will continue to play a constructive role in upholding regional peace and stability. The spokesperson urged the Indian side to think about it and respond to the request from the UNSC members.

He said that China’s position on the Kashmir issue is consistent and clear. “This issue is a dispute left from history and it should be properly resolved following the UN Charter in the light of relevant UNSC resolutions and bilateral treaties and in a peaceful way,” he said.

Geng Shuang said as requested by Pakistan, the UNSC reviewed the Kashmir issue on January 15 and the meeting was briefed by the UN Secretariat. He said that the UNSC members were concerned about the current situation in Kashmir and they called on relevant parties to observe the UN Charter, international law, and resolve the dispute peacefully through political dialogue, and exercise restraint and work for de-escalation.

Regarding a statement of Russian Ambassador to India on UNSC meeting, he said that during the review process, most of UNSC members expressed concerns on the current situation and called for restraint and de-escalation and they also stressed that his issue should be settled in peaceful and political way through dialogue. “Russia is an important member of the UNSC and its position has been fully expressed and reflected. As I understand, this is what happened in discussion in New York,” he added.

To a follow-up question, he responded that China actively participated in the review of Kashmir issue in UNSC because the Chinese side wants to work for the de-escalation and work for regional peace and stability and this was out of goodwill. “If the Indian side interprets other way, I think that might be over-interpretation,” he said.

In response to a question regarding the curfew imposed by India in the occupied valley as well as presence of 700,000 Indian troops there, he called on India and Pakistan to enhance dialogue and exercise restraint and work for the de-escalation. “We, as a responsible major country, have been in contact with both India and Pakistan and we hope we can play a constructive role in this regard,” he added.

To a question about India’s invitation of Prime Minister Imran Khan for participation in the next Shanghai Cooperation Organization (SCO) summit to be held in New Delhi, he said the SCO is a regional cooperation organization and India and Pakistan are both members of it. “We hope that both countries can work together closely under this framework and work for the healthy development of this organization as well as the international and regional affairs,” he added. Both India and Pakistan are important countries in South Asia and the Chinese side hopes they can resolve their differences and disputes through dialogue and improve their relations, he said.