Hafeez all geared up for upcoming Bangladesh T20I series 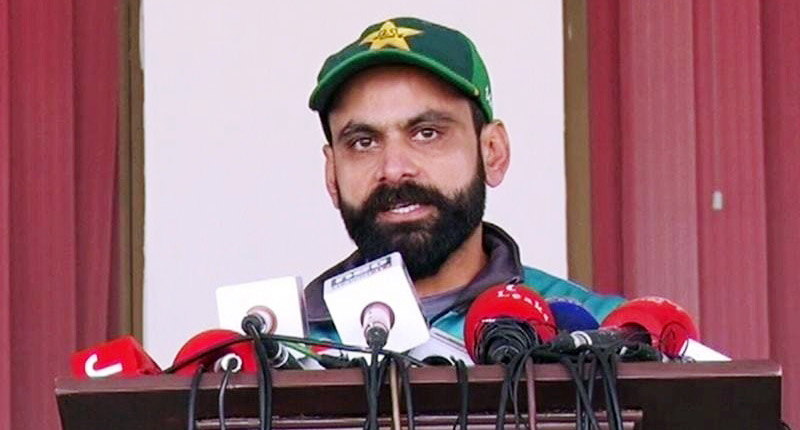 All-rounder Mohammad Hafeez, who has been recalled to the Pakistan limited overs squad, has said that he is looking forward to contributing to the Pakistan cricket team as a batsman in the upcoming Twenty20 International matches against Bangladesh. Speaking to reporters here on Friday, 39-year-old Hafeez said that his plan for the moment was to play T20 World Cup and eventually exit from international cricket with a bang. Hafeez has been one of Pakistan’s key players –– in all three formats, as a top order batsman and a handy off-spinner –– since making his debut during an England tour in 2003. Hafeez, dubbed the “professor” for his knowledge of the game, said he enjoyed playing for Pakistan. “That is my plan but let’s see how it goes,” the veteran said. The Twenty20 World Cup will be held in Australia in October-November this year.

“Playing for Pakistan is always an honour. I’m looking forward to, in my humble capacity, to add value to this team. As a sportsman, you have to deal with different scenarios which can take you in different directions. But I have always kept myself positive and have played all training matches with a positive attitude.” He added that he was the highest scorer for the past two T20 series he played as well as being the man-of-the-match and the man-of-the-series. His tally in 89 Twenty20 internationals stands at 54 wickets and 1,908 runs.

But Hafeez’s career has been dogged by questions over the legality of his bowling action, reported on three occasions during international matches. He was also banned from bowling for 12 months in 2015. Hafeez last played a T20I in November 2018. Since then, he has featured in various T20 competitions at home and abroad, and his record in that period has been modest: 509 runs in 26 matches at an average of 21.20 and a strike rate of 107.38; 16 wickets at 33.75, and an economy rate of 7.28. Last week, he was suspended from bowling in all England and Wales Cricket Board (ECB) competitions. He is set to undergo yet another test at the ICC-accredited lab in the Lahore University of Management Sciences, but the final report may not come out before the series against Bangladesh, which begins on January 24. “Obviously I will miss bowling,” Hafeez said. “I’m ready to re-test again and I am waiting for it. Hopefully it will be done soon.”

Given all this, and the fact that he is racing towards 40, Hafeez’s recall to Pakistan’s T20I squad have raised quite a few eyebrows. Hafeez was dropped from the ODI squad after last year’s World Cup, with Pakistan turning to younger players. He retired from Test cricket in December 2018, but has kept himself available in the white-ball formats. He wasn’t invited to the recent fitness scanning of contracted players, but he says he has kept himself fit for international cricket. Head coach and chief selector Misbah-ul-Haq defended his selection, arguing that his experience and maturity would add value to the side.

When asked if he felt pressure on making his “comeback” on home ground, Hafeez said: “I guess it’s a comeback if your are calling it one. Playing in front of a home crowd is a huge honour. We have been deprived of this honour for the past many, many years and had not had an opportunity to taste this unique thrill. I welcome the Bangladesh team to Pakistan and hope that cricket lovers will be drawn to the stadium and will grace us with their presence.” He said winning was the thing that gave a captain his confidence. “Babar Azam is now our captain and is an outstanding player and a human being. It is now on us to win so that we can give him confidence. It is very important that you share your experiences. I am not the type of person to intrude on another person’s domain. But if everyone seeks my advice or guidance, I am available,” he concluded.