Media growth: the pros and cons 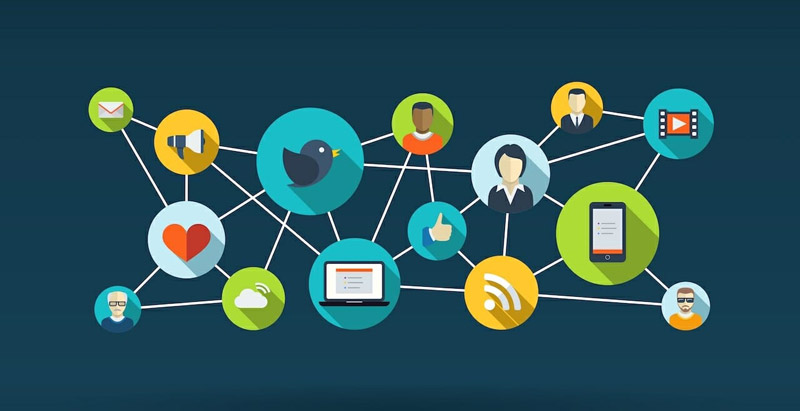 Be it electronic media, print media, digital media or any other medium for circulating information and making up opinions, it has effectual influence on individuals and society as a whole.

Like everything, the forms of media too have pros and cons. However, media and its different forms not only highlight the developments being taken place in the world but also create opportunities for a society to groom its social skills. Equally, it also gives a chance to expand and develop social circle. Other pros include social confidence, heightened literacy in the media and more social support. The cultural and political awareness is imperative if we want to groom a generation of socially responsible citizens.

In the era of fast media and with the progress in information and technology, propaganda journalism strengthened its roots and unearthed as powerful tool which could be considered as one of the major negative aspects of fast growing media having impacts negatively on the minds of young generation. The reason that propaganda journalism strengthened its roots is political parties and their social media wings round the clock working against the narratives of each other.

The trolls paid by political parties have been witnessed to be super active on social media and a newly introduced concept in Pakistan known as 5th generation war has also been shadowed by the propaganda journalism. Their main tool is certain applications and different software used for distorting the images and doctoring the documents with content of their own choice for political gains and political point scoring.

Likewise, there is no check on violence in video games and movies which are making society violent. Many teenagers influenced by these games or movies remain failed to distinguish between reality and fantasy making violence ‘normal’ for them. The other thing that failed to seek due diligence is sexuality due to which irresponsible and unwarranted sexual behavior has become normal. Advertisers are targeting teenagers to ramp up their revenues. Outdoor games vanished.

The media today is powerful and we need to understand, media is just a tool like any other tool.

Most teenagers lookup to celebrities and when a celebrity tells them to stay off drugs they just might listen because media always give inspiration to the audience through different sources for the society.

As far as the role of media particularly that if the electronic media is concerned, things need a lot of revision and it is the moral responsibility of PEMRA to regulate a harmonious code of ethics for the anchors for the talk shows and writers working for various newspaper’s and channels.

Freedom of expression doesn’t mean yelling at whomever you like without the proof and evidence. There must be a system of strict check and balance on media people.

Pakistan is passing through a very critical phase of its history and our armed forces and other law enforcement agencies have lot of potential and abilities to cope with situation but they need a very strong moral support from the media and from the public. Without that support it would never be a plain sailing. Disfiguring and deforming of facts is also a cruel form of terrorism and terrorists never deserve any sympathy.

In my recent visit for the training program in USA, I observed foreign media is very friendly and keen to the new people from the other country, they like to interact and get to know more about what is happening in the world and also like to exchange ideas.

Unfortunately, Pakistan is a very hot topic for them because 9/11 series was the event that portrayed the wrong image of it. Considering Pakistani lens on the other side, there is nothing like that Pakistani promotes the happenings, the movies on their news channel like different TV channels and newspapers. When it comes to Pakistani events, statistically we have no many stories for example on the Guardian website.

Pakistan shows a great increment in stories that vary from 1,191 in 2000 and above in 2006. From such stories, larger number of stories started becoming the part of world section.

On the other hand, Pakistan warmly welcomes each of the politicians or any celebrities who visit Pakistan not even the landscape misrepresents the events of west.