For Gloria Gaynor, God is key to her survival in life, music 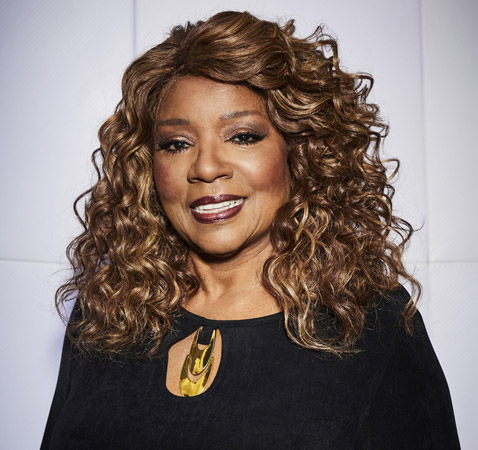 Gloria Gaynor sees the hand of God in every aspect of her life, particularly when it comes to the tune that may be the most famous disco song every created.

Gaynor recalls when she first was presented with “I Will Survive,” it was intended to be the B-side of another song, meaning it wasn´t the one that was promoted to be a hit. She clearly remembers calling it a stupid decision, and lobbied for “I Will Survive” to get top billing, which won over the songwriters of the now classic song.

“I’ve always believed that God told them, `Look, sit down, write a song, hold onto it, I’m gonna send you somebody,” she said. “A(nother) divine appointment. … it was meant to be the core of my purpose.”

Gaynor won her first and only Grammy for “I Will Survive in 1980. Now, 40 years later, she has a chance to add two more trophies to her collection thanks to her first gospel album “Testimony,” which is nominated for best roots gospel album, and “Talking About Jesus,” which is up for best gospel performance. She’s giddy to get back in the Grammy mix.

“I´m waiting to see the fashions, of course, everybody all dressed and looking wonderful and feeling good and happy and all of that,” she said of the Jan. 26 ceremony, “and hoping, of course, that I win at least one Grammy, would be awesome if I could win them both.”

Gaynor spoke to The Associated Press recently about her nominations, persevering in the music industry despite health challenges and her divine connection to her most famous song.

AP: What made you want to do a gospel album?

Gaynor: I just wanted to share the love and the knowledge of Christ through my music. I felt that that was what I was called to do.

AP: This album is comprised of new material, some which you co-wrote; even the song “Amazing Grace” is a new tune. What made you decide to go that route?

Gaynor: Well, I kind of feel like I’ve always been a bit innovative. I mean, if somebody writes a song that I want to sing and they’ve put something in it with bad grammar, I can’t sing it. I just have to fix it. I just do it. And I wasn’t trying to fix “Amazing Grace” except that I was trying to make it fit my life. And the more my story than the original, my testimony than the original writing of it. And so that’s why we went that way with it.

AP: What has it been like to not only have the Grammy nominations after all this time, but also have this type of success?

Gaynor: Well, I did an album some time ago and I’ve felt that I just kind of ran out ahead of God. And, you know, when you do that, you find yourself out there by yourself. So it didn’t do well at all. And then when this album happened and the success came so quickly and was so quickly received and people were writing me not only telling me that they enjoyed the music, but that the songs were ministering to them … this was my purpose to do all this through the music. So I’ve felt, yeah, I was right this time. This is God’s timing and I’m on point.

AP: What has “I Will Survive” meant to you over the years.

Gaynor: At first it was something that I was singing for other people. And then as time went on, different things happened to me and it became my mantra as well. And through the death of my mother, through the death of all of my siblings, through my divorce, I mean, when I did my divorce, I did a marathon version … (laughs). So the song has really meant a lot to me as well as to other people. I fully understand because I’ve experienced what the song can do for you.

AP: This song has endured for so long, but have you ever been frustrated that this was your biggest song?

Gaynor: At first I thought, you know, this is a double-edged sword. People think I’m not able to sing anything else except “I Will Survive.” They don’t want to hear anything else. … I’m not sick of the song, but I wish they would recognize that I could do something else, that I’ve recorded so many other great songs. And then when I came to the understanding that it was the core of my purpose and I kind of settled in and thought, Yeah, I’m OK. As the song says, “It is well with my soul.”

AP: You´ve also endured a lot physically as well, with several back surgeries. How are you doing today?

Gaynor: I’ve had five back surgeries and each one has stopped me for a minute. … The last one threatened to stop me for good. .. With a lot of prayer and a lot of faith, we found a doctor out in California who did this wonderful surgery, two surgeries on me, two totaling 18 hours and put 12 rods in my back. And now I’m pain free …. I’m still performing. And I do better on stage and I do in everyday life. That is why I give credit to God and to the audience that he brings me, because the love that comes from my audience really sustains me during that period of time that I’m on stage. And it’s just a wonderful time for me. I always leave the stage hoping that the audience has had as good a time as I did.

AP: Could you see yourself making more dance music?

Gaynor: Well, the only dance music I’m planning on doing is music that to which you can dance it like David danced, dance unto the Lord.