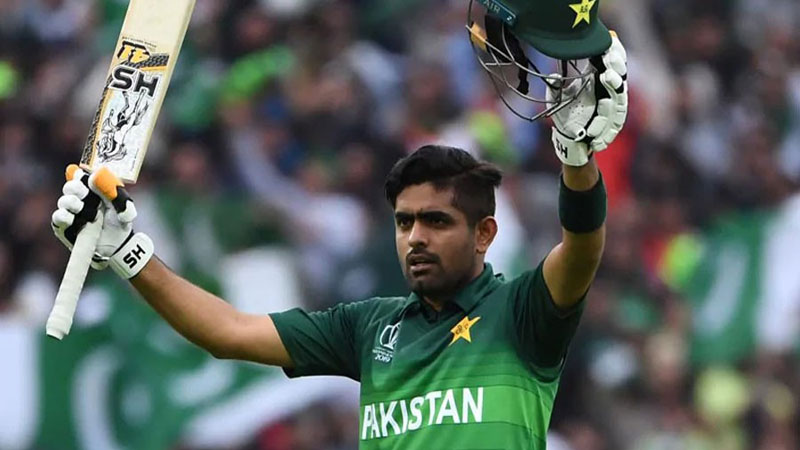 Babar Azam has been named in the ICC ODI Team of the Year for the second time in his career after previously finding his place in 2017. The ICC announced its ODI team of the year on Wednesday, which also included (in batting order) Rohit Sharma (India), Shai Hope (West Indies), Virat Kohli (India, captain), Kane Williamson (New Zealand), Ben Stokes (England), Jos Buttler (England, wicketkeeper), Mitchell Starc (Australia), Trent Boult (New Zealand), Mohammed Shami (India) and Kuldeep Yadav (India). In the 2019 calendar year, Babar scored 1,092 runs in 20 ODIs at an impressive average of 60.66. He also scored three centuries and six half centuries. His centuries came against England at Trent Bridge (115), New Zealand at Edgbaston (101 not out) during ICC Men’s Cricket World Cup and Sri Lanka at National Stadium (115).

In 2019, Babar featured in his first ICC Men’s Cricket World Cup and made the Pakistan record for the highest score in an edition by recording 474 runs. He currently sits on the third spot in the ICC ODI Player Rankings. Since the inception of the ICC awards in 2004, Babar Azam is the eighth Pakistan player to feature in the ICC ODI Team of the Year. Other Pakistan players to find their places in the teams of the year include Inzamam-ul-Haq, Rana Naved Ul Hasan (both 2005), Umar Gul (2009 and 2011), Shahid Afridi, Saeed Ajmal (both 2012), Saeed Ajmal (2013), Mohammad Hafeez (2014), Babar Azam and Hasan Ali (2017).

Reacting to the news, Babar said: “I am thankful to the ICC and its jury for recognising my achievements with the bat in 2019 and considering me worthy of a place in the side that includes some of my favourite cricketers who entertained the fans throughout the year with their outstanding performances. However, I will reserve my biggest gratitude to my team-mates and fans as without their support this would not have been possible. We played and performed as one team, with the fans always behind us despite our up and down performances. These acknowledgements serve as additional incentives to cricketers to perform even better and continue to play their important part in further globalising this great sport. 2020 has started well for Pakistan cricket and we as a team look forward to building on it so that at the end of the year, there are more of us when the ICC announces the next set of winners same time next year. I also want to congratulate Nida Dar, who was named in the ICC T20I Women’s Team of 2019. She has been one of the top women’s cricket performers and someone who is looked upon by the younger generation of women cricketers.”

PCB Chief Executive Wasim Khan congratulated Babar and Nida. “On behalf of the PCB, I want to congratulate both Babar Azam and Nida Dar for making Pakistan proud. They are our assets and role models, and I hope their achievements will inspire the future generation of cricketers to not only take up this sport but also represent the country with honour, respect and distinction. What they have shown is that with a focus, clear goals and a dedication to improve, everything is possible.”