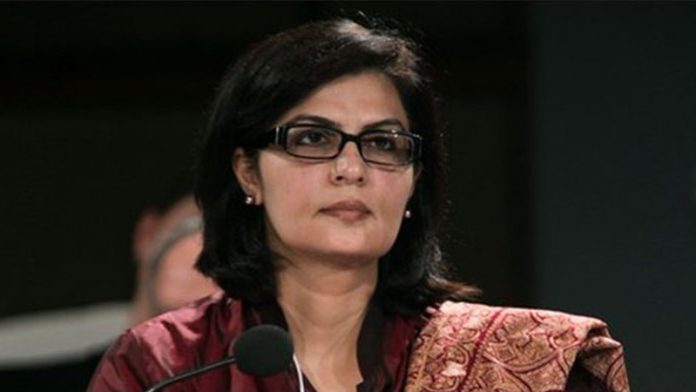 Special Assistant to the Prime Minister on Social Protection and Poverty Alleviation Sania Nishtar on Wednesday said that nearly 140,000 government employees had been receiving welfare payments under the Benazir Income Support Programme (BISP).

Speaking to the media, Nishtar said that employees of Pakistan Railways, Pakistan Post and Pakistan Institute of Parliamentary Services had been made part of the programme. The beneficiaries were present on both provincial and federal levels, she said.

The BISP had been launched by the Pakistan Peoples Party government in 2008 to provide welfare payments to the poorest of the poor across the country. Earlier this month, the government had decided to take action against officials benefiting monetarily from the program.

According to official data, 2,543 government officials from grade 17 to 21 were mentioned as beneficiaries under the welfare scheme. A few days before the data was made public, Nishtar had announced the removal of 820,000 ‘undeserving’ beneficiaries from the welfare programme.

“The notices to BISP officers who had been taking advantage of the program have been issued already,” Nishtar said, adding that all provincial secretaries had been tasked with taking action against the undeserving beneficiaries of the BISP.

“Under the directions of the prime minister, the names of the government officers benefiting from the program will soon be made public,” Nishtar affirmed.

Earlier this week, Prime Minister Imran Khan had directed his government to make public the names of those reaping ‘undeserved’ benefits from BISP.

“The personal assets, including cars and properties, of the beneficiaries of the BISP were analysed and a through investigation conducted to remove undeserved names from the BISP,” Nishtar added.