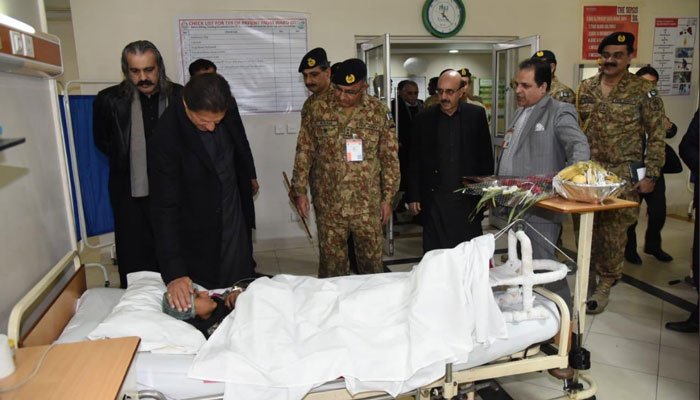 ISLAMABAD: Prime Minister Imran Khan arrived in Azad Jammu and Kashmir on Wednesday and visited the Combined Military Hospital in capital Muzaffarabad to inquire after the injured as the death toll from an avalanche that had struck the area a day earlier rose to 73.

The severe snowfalls and landslides in AJK have caused misery & deaths. I have asked the NDMA, the military & all our federal ministers to immediately provide all humanitarian assistance on an emergency footing to the affected people in AJK.

In a tweet, the SAPM said that Prime Minister postponed all his activities and left for AJK to
himself see the latest situation in the calamity-hit area and visit the injured persons to enquire after their health.

She said that the entire nation stood by the victims of the calamity.

She said the Prime Minister ordered immediate rescue and relief operation after the landslide in Neelam valley. He directed concerned departments for provision of early relief to the affected people.

Dr Firdous said that the PM also directed for shifting the affected people to safe areas and provision of medical treatment to the injured.

She said that the federal government with the cooperation of AJK government and concerned departments would use all its resources for providing relief to the calamity-hit people.