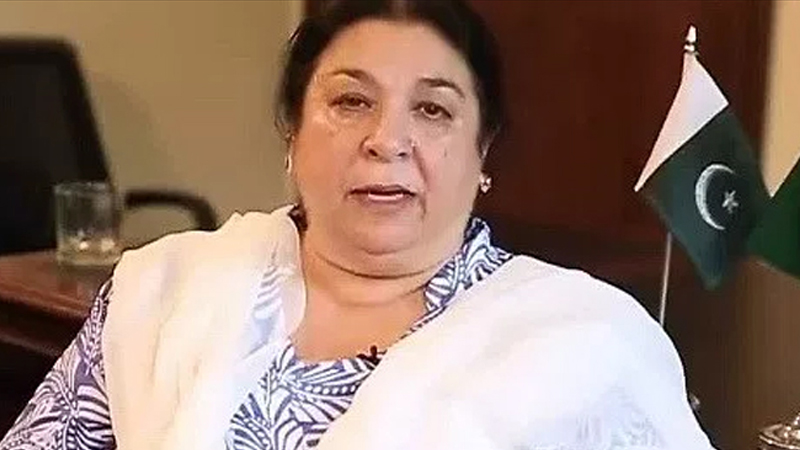 Addressing a press conference in Lahore, Rashid said that a special medical board looking at Nawaz’s health had met on January 3 and after reviewing all the reports submitted by Nawaz’s team, they said the reports had not shared any new information or any new investigation. “Nawaz’s physician in London, David R Lawrence, had sent a letter which was very similar to the summary earlier issued by the government regarding the former prime minister’s health,” she said, adding that Nawaz’s earlier medical history had been shared in the letter along with a summary of the government’s report.

She said another letter was attached which stated that a positron emission tomography (PET) scan was being arranged at London Bridge Hospital. She added that they had offered to conduct Nawaz’s PET scan in Pakistan as well, however, he had declined the offer. The letter also mentioned that a lymph node biopsy had also been recommended.

On Monday, a picture of Nawaz Sharif at a London restaurant along with some members of his family went viral on social media.

Rashid said that after she saw the picture of the former prime minister at the restaurant, she called his personal physician Dr Adnan Khan. “On the one hand, you say he is in a very critical condition […] then tell us, is it a part of it that you are socialising? Is it a part of the treatment?”

The provincial health minister said that the PML-N was seeking an application for Nawaz’s daughter Maryam Nawaz to go and care of her father. “Where will she take care of him? At a restaurant? You take care of a person who is bedridden, which he is not, according to them, he was moving around,” she said.

Rashid said that responding to PML-N in a letter, the government has said, as per the report of the medical board, the ‘documents provided are not sufficient to form a conclusive opinion’. She added that the home department had directly written a letter to Nawaz on Monday in which it had said, “I am directed to intimate that the special medical board under the convenership of Dr Muhammad Ayaz […] examined the medical document and concluded that the medical reports are not conclusive to form any medical opinion. The most recent laboratory and imaging reports have to be sought from your doctor.”

As per Rashid, the letter stated, “You are required to provide the latest medical report within 48 hours as it has been stated in recent media reports that you seem to be in good health and socialising also.” Meanwhile, Dr Adnan Khan shared Nawaz’s medical reports, dated January 13, on Twitter along with copies of various scans of the former prime minister. He said the reports were submitted to government authorities as well directly to the relevant minister and officials.

Later in the day, Firdous Ashiq Awan said that the “government has not received officially stamped, authentic and certified reports [which] had been tweeted”. Reacting to Rashid’s press conference, PML-N spokesperson Marriyum Aurangzeb said that the provincial health minister ‘should go to London herself’ if she wants to check on Nawaz’s health. “What was the point of staging a political spectacle?” Aurangzeb said in a statement, adding, “Yasmeen Rashid held a press conference based on lies under pressure from Imran sahib.” She urged Prime Minister Imran Khan to “focus on public health as Nawaz Sharif’s health was in safe hands”.