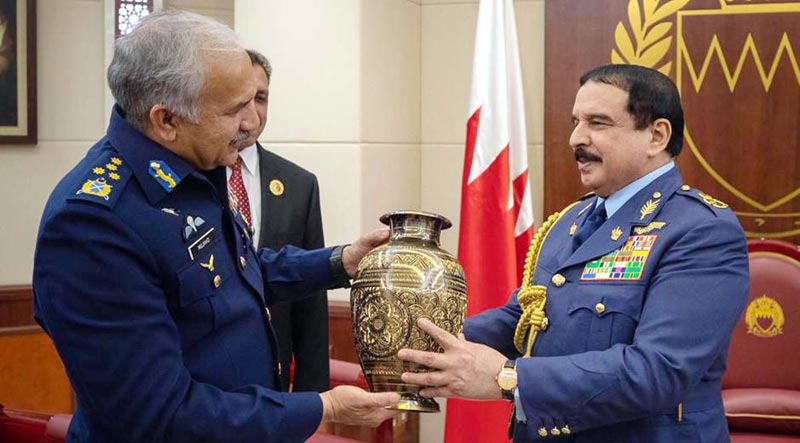 A press release issued by Pakistan Air Force on Tuesday said that the Air Chief conveyed the best wishes and greetings to the Bahrain king from the government and people of Pakistan.

King Hamad expressed his satisfaction on the level of brotherly relations and bilateral cooperation between the two countries.

He also expressed Bahrain’s keenness to further boost cooperation with Pakistan in the field of defence in general, and air force in particular.

Various matters of bilateral cooperation and professional interest were discussed during the meetings.

The Air Chief offered support to the Bahrain Air Force in the fields of military training and aviation.

Both the dignitaries reiterated to further enhance the existing cordial relations between both the air forces.

Earlier on his arrival at Air headquarters, the Air Chief was presented the guard of honour by a smartly turned out contingent of Royal Bahrain Air Force.