Arrests in Indian town after Hindu-Muslim riots sparked by bikers 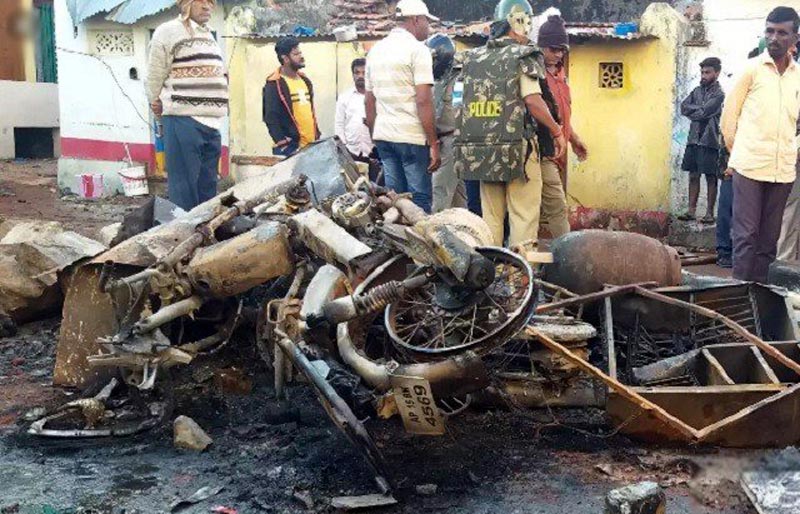 Police arrested dozens of people in a south Indian town after a tour by rowdy bikers through the streets sparked clashes between Hindus and Muslims, an officer said on Tuesday.

More than a dozen people were injured after locals objected to motorcyclists taking silencers off their bikes and riding loudly through a slum in Bhainsa, Telangana state. Police said three Muslim bikers were allegedly beaten up before members from rival groups joined in and properties were set of fire. 40 people were arrested over the arson and hours of fighting that went into the early hours of Monday when authorities clamped restrictions on public movement, police added. Authorities also cut mobile internet services to control “rumours” and “incitement” in the region that is due to hold municipal elections next week.

Nearly two dozen homes and more than 24 motorbikes and vehicles were gutted in the blaze as the rival communities fought. “Forty accused have been arrested and more are wanted for the violence,” C. Shashidhar Raju, regional police chief, told AFP. He said the situation remained tense on Tuesday with a large police deployment in the area.

The town witnessed deadly religious violence in 2008 over the desecration of a mosque that triggered clashes that left 10 dead, including six members of a Muslim family burned to death in their home.