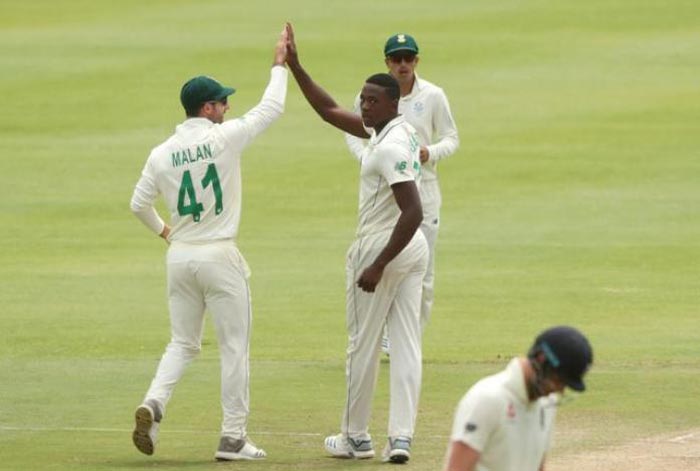 PORT ELIZABETH: South Africa captain Faf du Plessis will hope to finally win a toss that could be more crucial than most when his side host England in the third Test of their four-match series starting on Thursday. The wicket in Port Elizabeth is expected to take spin and reverse swing late in the game, which will make chasing even a modest target tricky with the teams locked at 1-1 after two games. South Africa have lost five tosses in a row and 11 of the previous 16. Although they batted for 137 overs in the second innings of their 189-run second test loss at Newlands they will want to leave England facing the deteriorating wicket in Port Elizabeth. Du Plessis feels their battling display as the shadows lengthened at Newlands will give his team confidence. “Sometimes you will still lose by improving and that was the case for me. As a batting unit, we can take confidence from seeing guys like Pieter Malan and the way he played,” Du Plessis told reporters. “There were some real good signs from a batting point of view.” St George’s Park is a result ground, with 25 of the previous 30 Tests at the venue having produced a winner. England have a good record with only one defeat in nine previous visits, back in 1957. They have won five of those games.