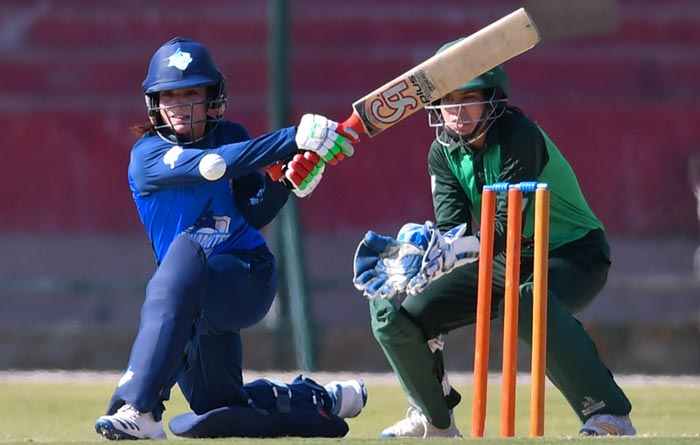 A 72-run partnership for the third-wicket between Omaima Sohail and Sidra Amin guided PCB Dynamites to a three-wicket win over PCB Challengers in the last match of the National Triangular T20 Women’s Cricket Championship at National Stadium here on Tuesday. Despite winning the match, Dynamites couldn’t qualify for the final as Challengers and Blasters had a better run-rate. The participating teams won two matches each, with Challengers topping the charts with a run-rate of 0.600. Blasters had a net run-rate of 0.124, while bottom-placed Dynamites had -0.703.

Dynamites chased down 138-run target in 19.3 overs as Sidra top-scored with 68 off 52 balls, hitting eight fours, and was declared the player of the match. Omaima contributed with a quick-fire 24-ball 41, laced with five fours. Dynamites in their run-chase had lost two wickets, captain Nahida Khan and Kainat Hafeez, for no runs on the board. For Challengers, Aiman Anwar, Aroob Shah and Fatima Sana took two wickets each for 23, 25 and 27 runs respectively. Earlier, Challengers, after winning the toss and opting to bat, scored 137 for seven in 20 overs. Muneeba Ali, who had contributed a match-winning 56 in Monday’s match against PCB Blasters, scored a 58-ball 68, which included 10 fours. Blasters will take on Challengers on Thursday under lights at the National Stadium. The match will start at 1900, and will be live streamed on PCB’s YouTube channel.