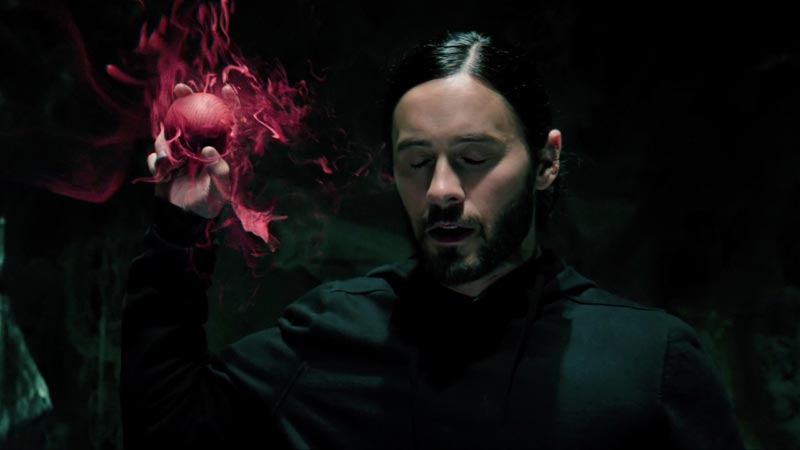 Actor and singer Jared Leto transforms into a “living vampire” in the new trailer for the Spider-Man offshoot ‘Morbius,’ set to open July 31, 2020. The new film traces the origins of Dr. Michael Morbius, who first appeared in the Spider-Man comics in 1971. The trailer offers a condensed version of that tale, starting with Morbius’ difficult childhood and building to his adulthood, where he’s a successful doctor bent on finding a cure for the rare blood disease that’s plagued him his whole life. In that pursuit, however, Morbius stumbles across a “cure” that has some vampiric side-effects – increased strength and speed, the ability to use echolocation and “an overpowering urge to consume blood.” Morbius was directed by Daniel Espinosa and stars Adria Arjona, Matt Smith, Jared Harris, Tyrese Gibson and Michael Keaton.