Prime Minister Imran Khan will presided over a meeting of the federal cabinet at the Prime Minister House today, to discuss the overall political and economic situation in the country.

The 16-point agenda of the forthcoming meeting of federal cabinet was issued, whereas, implementation of the previous decisions will also be reviewed.

According to the agenda, briefings will be given on performance of different ministries and its subordinate departments while the decisions taken by the concerned committee for legislation will also be approved in the meeting.

An agreement of Pakistan-Saudi Arabia air services is also expected to get approval and a report will be presented before the members regarding the distribution of four per cent quota allocated for erstwhile Federally Administered Tribal Areas (FATA) and Gilgit-Baltistan.

Notably, a policy will be formulated for the construction of high-rise buildings in major cities including Karachi, Peshawar, Lahore, Multan. 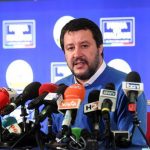