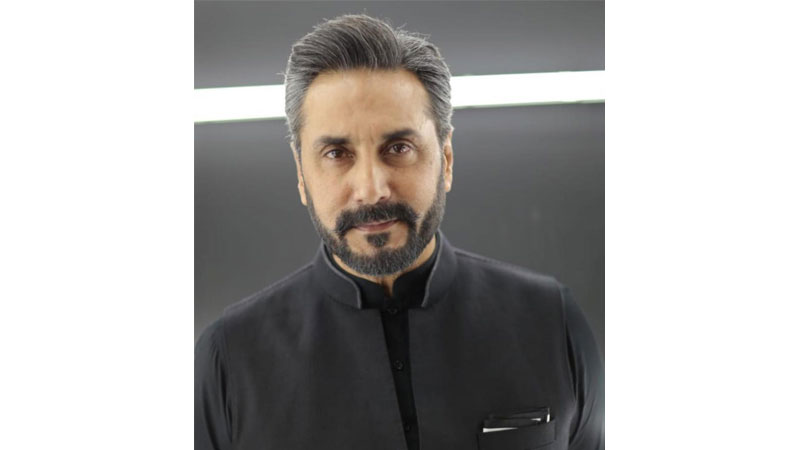 Surrounding the hype around the drama serial, he said on Bakhbar Savera “Its just amazing. When I did this drama, I did it like any other drama.”

Adnan essays the role of Shehwar Ahmed, a successful businessman who is shown as Mehwish’s love interest. His wife, Maham lives in the US due to their marital issues.

The actor revealed initially he wasn’t too sure about playing a villain like Shehwar. “I also had an argument and intense discussion with Humayun Saeed about whether I should play the role of Shehwar or not.”

He joked that Humayun mostly takes up hero’s role and end up giving him the villian to play.

“Shehwar Ahmed is a character who despite being a bad boy got so much popularity which is just amazing,” he said about the popularity of his character.

Adnan essays the role of Shehwar Ahmed, a successful businessman who is shown as Mehwish’s love interest

Adnan also shared what he thinks of the character. “Shehwar Ahmed is a truthful character. He liked this woman, wanted to marry her and even committed but when your wife turns up at the last moment, what can you do.”

He went onto say that “It’s difficult to find such characters, they come after decades and even such dramas are not made very often.”

The Mom actor said that he has done two negative roles before but this character falls in grey area.

After an extended second last episode which aired on January 11 in which Hania (Hira Mani) accepts Danish’s proposal and Mehwish moves back to her apartment, audience are speculating how will the drama end.

Writer Khalil-ur-Rehman has already said the ending is full of surprises and its not for the faint-hearted.