Neil Peart was a ‘thunderbolt of a human being’: Jason Segel and Paul Rudd 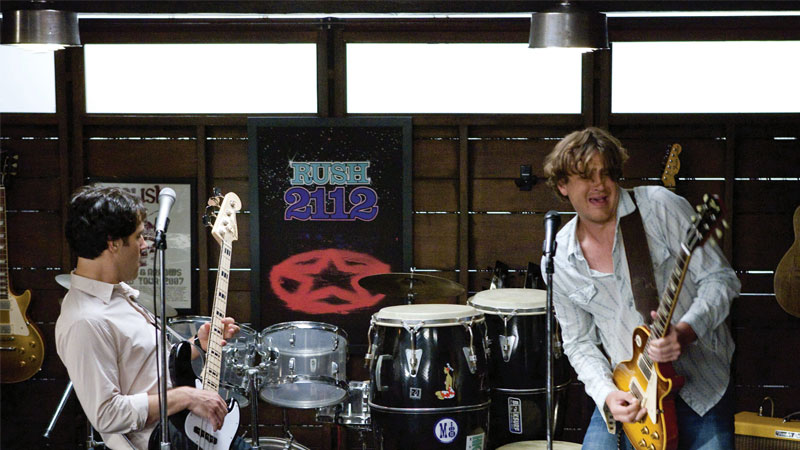 Peart, along with his Rush bandmates Geddy Lee and Alex Lifeson, appeared in the 2009 comedy, as well as a promotional short for the film.

“I’m so sad to hear about Neil Peart’s passing,” Jason Segel tells Rolling Stone. “Drumming to ‘The Spirit of Radio’ was one of my happiest moments. Getting to know Neil even the tiniest bit, and gush with Rudd about our love for Rush, will be something I remember forever. He was an amazing talent and a good man. We will miss you Neil.”

I Love You, Man wasn’t the first time Segel showcased his love of Rush on-screen: His Freaks and Geeks character Peter was also a huge fan of the band. “He’s the greatest drummer alive,” Segel’s character said of Peart in one episode.

In addition to performing in I Love You, Man, Rush also shot a Funny or Die video that saw Rudd and Segel’s characters wander backstage into the band’s dressing room.

I Love You, Man wasn’t the first time Segel showcased his love of Rush on-screen: His Freaks and Geeks character Peter was also a huge fan of the band. ‘He’s the greatest drummer alive,’ Segel’s character said of Peart in one episode

“When I first met Neil, I was intimidated as I certainly knew him to be a serious and private person,” Rudd said. “Within two minutes, we were cracking up and quoting lines from Team America. I’m missing him as I write this. Being the greatest drummer on the planet was only a part of Neil. He was a thunderbolt of a human being, and he’ll live forever.” 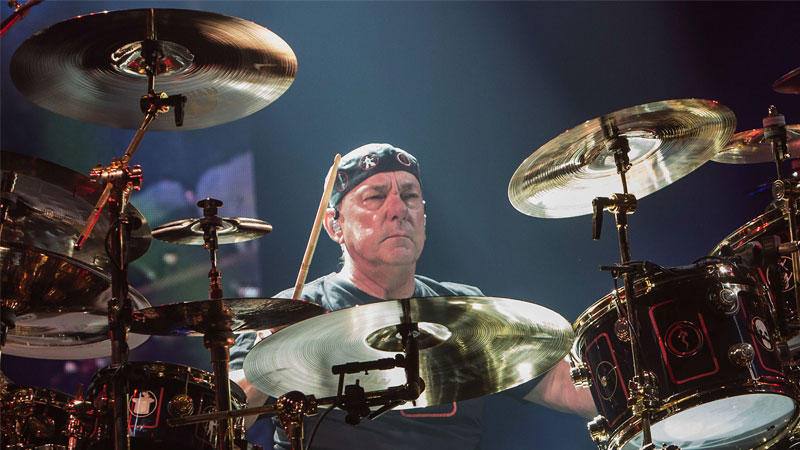 Drummer Jon Wurster (Superchunk, the Mountain Goats) also remembered Peart in a statement sent to Rolling Stone: “Full honesty: I have never connected with Rush’s music, it’s just too complex for my tiny brain. That said, I have the utmost respect for Alex, Geddy and especially Neil. Let’s get the obvious out of the way: I don’t think there has been a more influential rock drummer of the last 45 years than Neil Peart. Nobody really comes close to matching his ability, creativity (he wrote 90% of the band’s lyrics) and passion for drumming, learning and living.”

Wurster added: “This leads me to the main reason I consider Neil a god among mortals. Here was a man who lost both his wife and and daughter in the same year and somehow found it within himself to keep going. Not only did he keep going, he continued to set the bar for rock drumming year after year, album after album. Some four decades into his career as the hands-down Zeus of rock drumming he was still taking lessons. I never met Neil, but it’s my understanding he was a deep thinker and a very humble, caring person who was more than a little mortified by the adulation he received as a drumming icon. He just wanted to the best he could be and was always digging deep to achieve that. There will absolutely never be another drummer, another man, like Neil Peart.”