Pakistan, England partners in the journey of development: Usman Buzdar 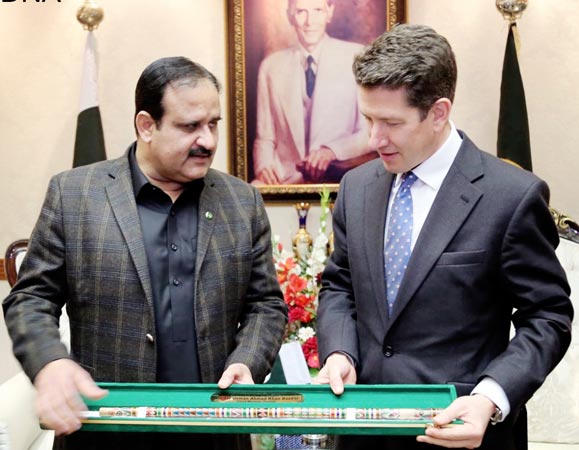 Chief Minister Punjab Sardar Usman Buzdar has said that Pakistan and England are partners in the journey of development and added that the provincial government appreciates England’s cooperation for improving health, education and other sectors in the province.

He said this while talking to the new British High Commissioner to Pakistan Dr Christain Turner who called on at his office on Monday. The Chief Minister congratulated Dr Christain Turner on assuming this responsibility and expressed good wishes for him. The British High Commissioner thanked the chief minister for extending wonderful hospitality to the British royal couple in Lahore. Both agreed to enhance cooperation in health, education, skills development, tourism and industries sectors.

The Chief Minister said that development of backward areas is the priority of the government adding that reforms have been introduced in the health sector. Nine thousand beds have been increased in government hospitals while new hospitals are also being built along with improving the emergency services in health institutions. He said that 35 percent non-transferable funds have been allocated for the improvement of southern Punjab areas. The result-oriented strategy has been evolved for the durable development of social sectors. Punjab government is interested to further promote cooperation with England, he added.

Dr Christian Turner said that best relations exist between Pakistan and the UK and there is a lot of potentials to enhance the bilateral cooperation. We want to further promote economic ties with Pakistan, he added. He said that the establishment of SEZs is a wonderful project and the option of extending cooperation in this regard would be examined. Pakistan has a wonderful historical heritage and assistance will be provided to Punjab government in the tourism sector as well.

Meanwhile, assistance to Punjab government will continue for the betterment of social sectors, he added. It is my first visit to Lahore which is a wonderful city and I desire that England cricket team should tour Pakistan soon, he said. He also invited Chief Minister Punjab to attend birthday ceremony of Queen of England.