Serena destroys Anismiova to set up Classic final with Pegula 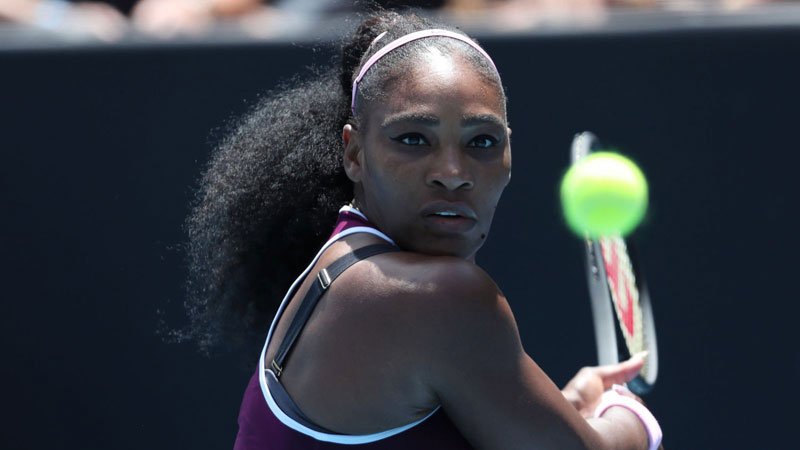 Serena Williams showed no signs of sentiment as she clinically dispatched teenager Amanda Anismiova 6-1 6-1 in just 45 minutes on Saturday to advance to the Auckland Classic final against Jessica Pegula. Williams, who won the first of her 23 Grand Slam titles before Anisimova was born, gave the 18-year-old a harsh lesson in tennis reality and showed again that she was not prepared to let the next generation take over just yet. Anisimova said on Friday it had been a life-long dream to play Williams but she must have felt she was living a nightmare on the main court at Auckland Tennis Centre on Saturday. The 38-year-old gave the third-seed little opportunity to get into the match and was just too powerful for Anisimova, who had no answer to the pace, depth and angles of her returns and service game. “I was definitely in the zone today and it was one of those days,” said Williams. “I knew I was playing a really great player so I knew that I had to come out serious.”

The American is also in the doubles final on Sunday with good friend Caroline Wozniacki, who had her own hopes of a first Auckland title ended by Pegula 3-6 6-4 6-0 in the earlier semi-final. Wozniacki has been ever present at the tournament since 2015 but is retiring after the Australian Open later this month. She had lost her two previous finals in Auckland, to Venus Williams in 2015, and Julia Goerges in 2018. “Caroline has had an amazing career … and I’m glad that I got to play her before she retired, but I am just happy to get the win and am excited to be in the final,” Pegula said. “I definitely knew that if I played defensively, I wasn’t going to win that battle, because she is the best in the world at that, so I knew I had to step in, take my chances and trust my game.”

Wozniacki, who gained a measure of revenge on Goerges in the quarter-finals on Friday, raced through the first set, but found herself 3-0 down in the second. Pegula’s lead, however, disappeared just as quickly as she had built it and Wozniacki battled back to 3-3, but the American managed to break the former world number one in the final game of the set to send it to a decider. It was then virtually one-way traffic in the third set as the American opened up the court and moved the Dane around and raced away with the encounter, which she sealed on her second match point opportunity with a forehand winner.