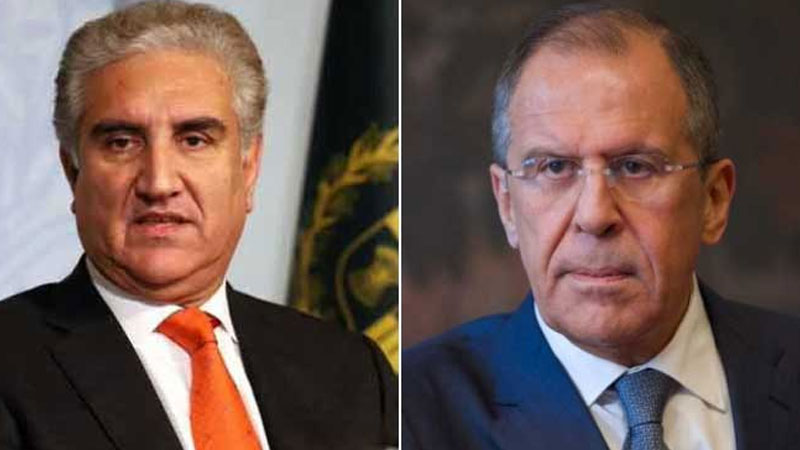 Amid rising tensions between United States and Iran, Pakistan and Russia have agreed to launch a joint effort aimed at restoring peace in the region, Radio Pakistan reported on Friday.

The agreement came during a telephonic conversation between Foreign Minister Shah Mehmood Qureshi and his Russian counterpart Sergei Lavrov. During the phone call, the two leaders discussed issues pertaining to soaring tensions in the Middle East, including the overall situation in the region.

Qureshi expressed to his Russian counterpart that an increase in tensions among the states can dent a severe blow to peace and stability in the region. He said both Iran and the US have to show restraint in order to overcome the current crisis.

While reiterating Pakistan’s stance, Qureshi made it clear that Pakistan will neither be a party to any conflict in the region nor can its land be used against any regional or neighbouring country. The two foreign ministers also agreed to make joint efforts for regional peace.

Meanwhile, Foreign Minister Qureshi on Friday met with newly appointed Iranian ambassador to Pakistan Syed Mohammad Ali Hosseini. They discussed tensions between US and Iran as well as the situation of peace and stability in the region. The foreign minister also discussed the US-Iran tensions in a phone call with Iraqi Foreign Minister Mohamed Ali al-Hakim, the Foreign Office said in a statement. During the conversation, Qureshi said that the region cannot afford a new war, and reiterated the need for all parties to resolve issues through dialogue under UN Security Council resolutions and international laws. He emphasised that all parties to the conflict should bear in mind national sovereignty and protection of integrity. “Tensions will have to be reduced to create an atmosphere for dialogue,” the FO quoted him as saying. The foreign ministers agreed to continue consultations in order to bring down regional tensions and carry out joint efforts to establish peace in the region, the statement said.