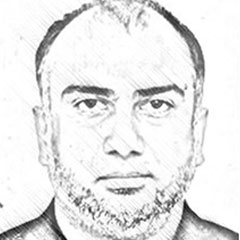 The Wizard of Oss: lessons for implementing the agenda 2030

Oss, a city nestled in the Netherlands is known not only for its picturesque setting and local development but also for an uncommon trait i.e. its consistent affinity with the Agenda 2030. The Agenda termed as Transforming the World comprises17 Sustainable Development Goals and 169 targets and was adopted by the United Nations in 2015. The municipality of Oss has been ranked as number one amongst the municipalities of the Netherlands for the adoption and implementation of the Agenda 2030. The city populace and its elected leadership have displayed civic as well as institutional commitment for making strides towards achieving the Sustainable Development Goals (SDGs). Thus, collectively evolving into the kindred spirit of ‘The Wizard of Oss’ i.e. institutionalization of civic participation in local governance.

Pakistan can learn a great deal from ‘The Wizard of Oss’ with respect to its efforts for achieving the SDGs. Pakistan, unlike the Netherlands, declared the SDGs as the National Goals of Pakistan through a resolution of its National Assembly in 2016. A National Framework has been developed and corresponding efforts have been made by the provinces for prioritizing the SDGs. All this in an attempt to devise a rational course of action for achieving the SDGs in complicated governance paradigm of Pakistan. The three-tier governance system of Pakistan struggles at each tier to manifest fulfillment of its formal roles and responsibilities with respect to the delivery of public services. Role of the federal tier is limited to umbrella policy formulation but even that comes under question for its procedural and content wise integrity. Nonetheless, some of the key learnings from ‘The Wizard of Oss’ can be instrumental in accelerating the progress on implementing the Agenda 2030 in Pakistan.

First, the principle of subsidiarity has been applied in a definite manner without harboring complexities of governance. This comes in sharp contrast to Pakistan where the need for independent and functional local government system has been unmet for decades. Article 140A of The Constitution of Pakistan, incorporated after The Eighteenth Amendment Act 2010, clearly states that ‘Each Province shall, by law, establish a local government system and devolve political, administrative and financial responsibility and authority to the elected representatives of the local governments’. However, the devolution ordained by the Constitution is yet to materialize as the local governments of Pakistan in varying degrees present cases of decentralization, polycentric governance, and even provincial control. These issues are exacerbated by discontinuity of the system after every few years i.e. new law on local government is enacted by successive provincial government to reflect its political vision.

We can adopt the 4 As of the Municipality of Oss i.e. Ambition, Alliance, Agenda, and Activities for better aligning our local government structures with the Agenda 2030

Secondly, the roles and responsibilities assigned to the municipality of Oss have been clearly linked with the Sustainable Development Goals (SDGs). The Municipality of Oss and its leadership developed a comprehensive understanding of the SDGs whereby the scope of services by the local government was aligned with the targets of relevant SDGs. Deficiencies within the services and city governance were marked for action, and strategy for improving upon the existing systems was formulated. Resultantly we witnessed a gradual yet steady progress towards implementing the Agenda 2030 leading to Oss securing the top position amongst the municipalities of Netherlands.

The case of Punjab’s local governments, despite being the most developed province with respect to its socio-economic indicators, posits a radically different scenario. Mere awareness of the SDGs, let alone alignment and subsequent planning, is not there at the local level. But perhaps it is too much to expect from a tier of governance shrouded by organizational oblivion. Each new law on local governments in Punjab brings the challenge of conducting trainings on new legislation for the elected public representatives as well as the non-elected officials of local governments across the province. The resources spent on training thousands of individuals are rummaged through meagre public funds besides seeking assistance of the international development partners. The structure of such awareness raising leaves little room for subjects like SDGs. However, the need of creating clear linkages with development planning and service provision remains there for our policy makers if any significant progress is to be made towards achieving the SDGs.

Thirdly, private sector engagement emerged as the corner stone of rebuilding the local economy of Oss. The public sector i.e. local government of Oss reached out to the private sector to better understand the challenges of economic transformation of the city. The policy and action space for economic revival of the city was identified in the national and regional context thereby focusing on the potential competitive advantage of Oss. The leadership of Oss was well aware of the critical role of the private sector and therefore made strenuous efforts to reach out to the private sector. Local policies and practices were aligned with the prioritized sectors for increased participation of the private sector entities. The right set of incentives led to unleashing the economic potential of Oss that led to economic growth and prosperity at the local level. However, in our case the private sector entities have been allowed a foot in the door at the provincial level so far and the local governments are yet to fathom a constructive role for it in managing delivery of localized services.

Fourthly, World Food Day on October 16 is now celebrated by the Municipality of Oss in the form of hosting a World Dinneri.e. Eat what others might eat with a low footprint. A meatless dinner event hosted for the in a local theatre is attended by families and other citizens alike manifests taking the SDGs to the grassroots. Awareness about responsible production and consumption is spread along with other SDGs so that the citizens align their individual practices with the ones required for achieving the SDGs.

Finally, we can adopt the 4 As of the Municipality of Oss i.e. Ambition, Alliance, Agenda, and Activities for better aligning our local government structures with the Agenda 2030. It is the meaningful engagement of citizens, private sector entities, and the academia within the framework of an inclusive and autonomous local government system that gave birth to ‘The Wizard of Oss’.

The writer works as a development sector practitioner