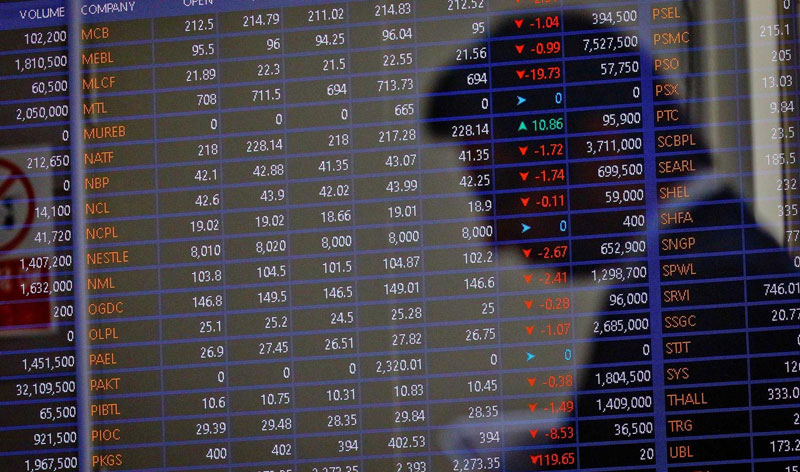 Pakistan stock exchange registered a volatile session as it retreated after global markets took a plunge following Iranian missile strikes at US military bases in Iraq. Benchmark KSE-100 pared yesterday’s gains as Index stumbled and finished at 41,357 level by losing 547 points or 1.31% from yesterday’s close. The global markets were roiled after Iran fired more than a dozen missiles at two Iraqi military bases hosting US troops, the Pentagon confirmed. The missiles targeted the Ain al-Assad airbase in Anbar province and a facility near Erbil’s airport in northern Iraq in retaliation for the killing of top Iranian commander Qasem Soleimani by the United States.

The overall trading volumes improved from 206.89 million in the previous session to 280.07 million. The volume chart was led by K-Electric Limited, followed by The Bank of Punjab and TRG Pakistan Limited. The scripts had exchanged 39.46 million, 38.19 million and 11.55 million shares, respectively.

Sectors that pushed the index into negative territory include banking sector losing 147.62 points, oil & gas exploration 77.29 points and power generation & distribution 61.61 points. Among the companies, Habib Bank Limited, Pak Petroleum Limited and Hub Power Company Limited plucked off most of the points off the index.

The sectors that supported and managed to push the index into green territory for a while, includes Investment Banks with 29 points and Food & Personal Care Products with 9 points. Among the companies Dawood Hercules Corporation Limited contributed 37 points followed by Lucky Cement Limited with 32 points, National Foods Limited with 11 points, Faysal Bank Limited with 8 points and Mari Petroleum Company Limited with 6 points.

Meanwhile, international Oil prices dropped, reversing an earlier spike, after Iran’s rocket attack on American forces in Iraq failed to destroy major energy infrastructure that could have disrupted global crude supply. Following an initial spike, oil retreated from highs to turn negative as it became clear no energy infrastructure was targeted. There were no reports of casualties so far either, leading traders to believe maybe there will not be a wider conflict between the U.S. and Iran that could hamper oil flows. International benchmark Brent crude fell 1.5% to $67.26, a marked reversal after at first climbing more than 4% immediately after news of the attack. The initial surge in response to news of the attack sent Brent up to a high of $71.75 per barrel, its highest since September. US West Texas Intermediate crude dropped 1.9% to $61.5 in a similar move, sinking from an initial 4.5% spike. WTI crude hit a session high of $65.65 immediately after the attack, its highest level since April. The pullback from the initial rally reflects easing fears about the risk of a spiraling tit-for-tat conflict between the United States and Iran. Investors are breathing a sigh of relief that Iran’s attack failed to cause any damage and has so far not drawn any fiery response from U.S President Donald Trump.