Pakistan batsman Babar Azam to return to Somerset in 2020 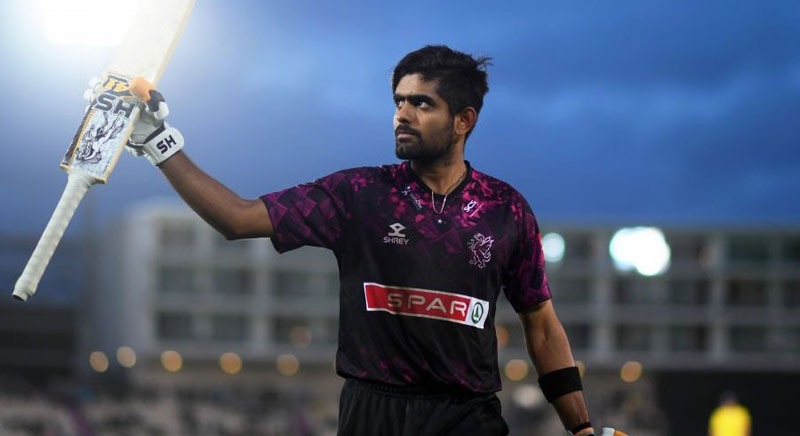 Pakistan Twenty20 International (T20I) captain Babar Azam has agreed a deal to rejoin Somerset for the 2020 county summer, subject to obtaining a No Objection Certificate (NOC) from the Pakistan Cricket Board (PCB).Babar will be available to Somerset for the Vitality Blast and County Championship matches between May 28 and July 3.The top-order batsman made a major impression playing for Somerset in the 2019 Vitality Blast, as he ended up as the tournament’s highest run-scorer with 578 runs at an impressive average of 52.5. The 25-year-old also lit up the T20 competition with 60 fours and 14 sixes.The number-one ranked T20I batsman is excited for his return to the County.”I really enjoyed my time at Somerset, and I look forward to coming back next year,” said Babar. “Somerset has a very good squad and the supporters made me feel very welcome. Hopefully I can help the Club reach the knock-out stages of the Vitality Blast and contribute to winning matches in the County Championship.”Somerset Director of Cricket, Andy Hurry said that Babar was a popular figure among Somerset members and fans.”Babar Azam is the best T20I batsman in the world and his return will be a major boost for us,” said Hurry.”He played a significant role for us in the Vitality Blast last year and his stats speak for themselves.He made a number of match winning contributions and he fitted seamlessly into the dressing room. You can’t ask more from your overseas players than that,” he added.