The Old Man & The Sea is a beautifully plotted book 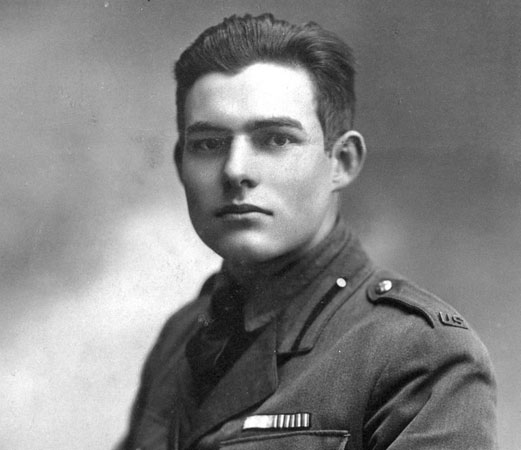 The Old Man & The Sea is written by late journalist and novelist Ernest Hemingway. As it is by the name a story of an old man namely Santiago striving in midst of the sea to catch a fish.

The story starts with an informal chit-chat between an old man and a young boy Manolin; they discuss previous failures in fishing and aim to be successful the next time. Young boy asked old man to permit him for to come with him for fishing, old man refused to take young boy with himself. As parents of Young boy had refused to let his son accompany with the old man keeping in view previous few failures and directed him to join another boat where he can make some money.

So Santiago despite being old and exhausted decides to go fishing without the young boy.

He starts his journey at early hours of morning when stars intermingle with reflected blue light from the earth.

He faces a lot of difficulties while catching up a fish named marlin. And even more while handling it.

Along with it he proudly remembers the stories of his past when he had been a young strong man; Stories of his victory in arm wrestling that lasted about twenty days, baseball stories and many more. Santiago is Old and Weak nevertheless he still holds courage and strength to fight alone with a heavy fish in her own home (sea). Along the way he talks to fish. Tells her how sad he feels when she is hurt, while reminding himself of the food and earnings he will be going to render after selling the fish in market. Heap praise over her majestic beauty, steadiness and endurance of fish yet making her aware of her fate and tells her that he is bound to catch her up in order to make his living.

He castigates his left hand of temporary paralysis and thanks his right hand. Sometimes Talk to himself, censure himself, give hope to himself.

He does all this, just to kill the time and to focus on his real aim. And So that he may not get fainted. 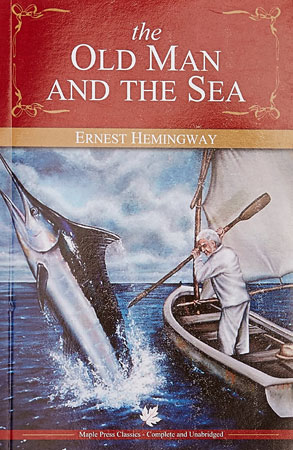 He admits to fish that the sea is a cruel place but also admires it for feeding him and fishes living in it.

In the end Sharks come under boat and feed off that fish. He uses every mean and utmost strength to restraint them, even kill some of them but even after doing all that he stands helpless. After the harrowing journey, he comes back home in same way he left but exhausted, hungry and too much tired and makes his way to his hut for to get a sleep.

Meanwhile all this other fisherman gather around the skeleton of fish and all left amazed of how big was that fish.

Now he becomes weary of losing and intends to succumb to aging this time. But with just a solacing line from young boy he again makes his mind to go next time with extra preparation.

Young boy: “Next time we will go with extra preparation and I will bring the luck with myself”

So bringing it to the end, I feel compelled to say that the author has injected motivating chemicals into every paragraph of this book and the story is plotted so beautifully that the reader will be so indulged in the story that he will find himself in the old man and will feel water all around him.

The Old Man & The Sea is a short novel written by the American author Ernest Hemingway in 1951 in Cuba and published in 1952.

It was the last major work of fiction by Hemingway that was published during his lifetime. One of his most famous works, it tells the story of Santiago, an aging Cuban fisherman who struggles with a giant marlin far out in the Gulf Stream off the coast of Cuba. In 1953, The Old Man and the Sea was awarded the Pulitzer Prize for Fiction, and it was cited by the Nobel Committee as contributing to their awarding of the Nobel Prize in Literature to Hemingway in 1954.

The writer is based in Ghotki, Sindh. He can be reached at kamrankhanmhr@gmail.com