Where do we stand in the flux global politics 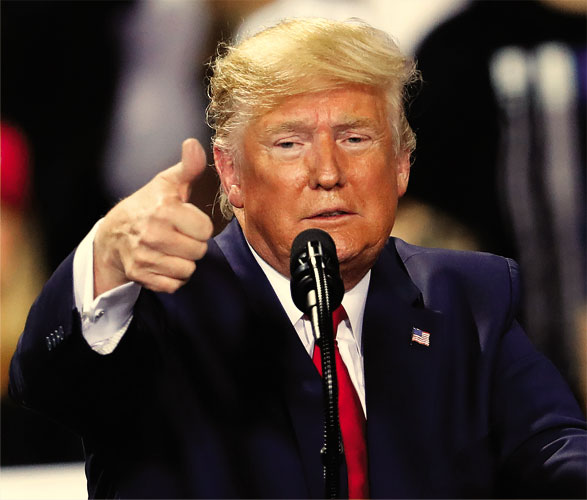 The international as well as the regional scenes are fraught with dangers to international peace and security. The controversy over the impeachment of President Donald Trump striking against the strong walls of the White House and creating a tumult in the USA politics; the trade wars involving USA, China, Japan, South Korea, Mexico and Canada adversely impacting the global economy particularly in the Southeast Asia and Pacific regions; the persisting clouds of war, though defused a little bit, in the Gulf; the unceasing rivalry between Saudi Arabia and Iran in the Middle East; the uncertainty surrounding the Afghan peace talks; the growing agitation against the Citizens Amendment Bill (CAB) in the width and breadth of India and the prolonged lockdown in the Jammu and Kashmir valley with the possibility of prompting the Hindu nationalist regime of Narendra Modi to indulge in a diversionary move igniting a military conflagration along the Line of Control are some flux issues which have been agitating the minds of the observers of the international and regional scenes. 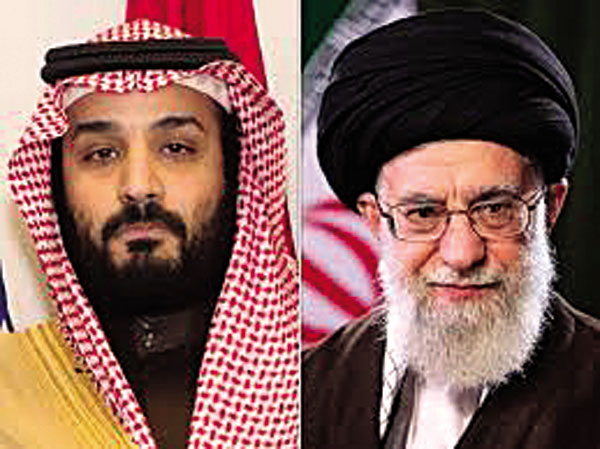 Some of these issues involving very important countries in our region are of direct concern to Pakistan. Prime Minister Imran Khan’s earlier hopes that a heavily mandated BJP regime in India would be in a better position to negotiate a peaceful resolution of the festering Kashmir dispute which has been keeping the South Asia region from realizing its economic potential for the past seven decades have dashed. It was bound to be so. He did not know the dynamics of the BJP politics in India purely based on Hindu fascism. History is a witness that fascists with undiluted powers tend to indulge in more fascism. He forgot that Narendra Modi is a shrewd politician, a populist and a committed RSS worker and has been thriving on anti-Muslim Hindu nationalist ideology. Now that the monstrosity of Hindu nationalism has bared its teeth and intends to gnaw the entire valley of Jammu and Kashmir, Pakistan cannot afford to have any complacency in its preparedness on diplomatic and military fronts to foil the aggressive designs of the enemy as reflected in the growing and intensifying violations of LoC and launching of over 200 propaganda websites on social media and fake online journals to malign Pakistan and its political and military leaderships.

We have a hostile leadership on our western borders – always prone to be misled against the nationalist interests of Pakistan notwithstanding the long border between the two countries and populations of the same ethnic tribes straddling it. They unfortunately identify their interests with a country not directly linked with them and allow it sufficient space to indulge in subversive activities in our province of Balochistan. Their peace talks with the Taliban under the aegis of the US require an active role of Pakistan for yielding positive result. The civil war in Afghanistan has gone too long and created many power centers with deep entrenched vested interests of their own in that country. All these forces will be vying with each other to derail the peace talks. Pakistan has to walk a tight rope in this field – infested with booby traps – to maintain its relevance in the talks. 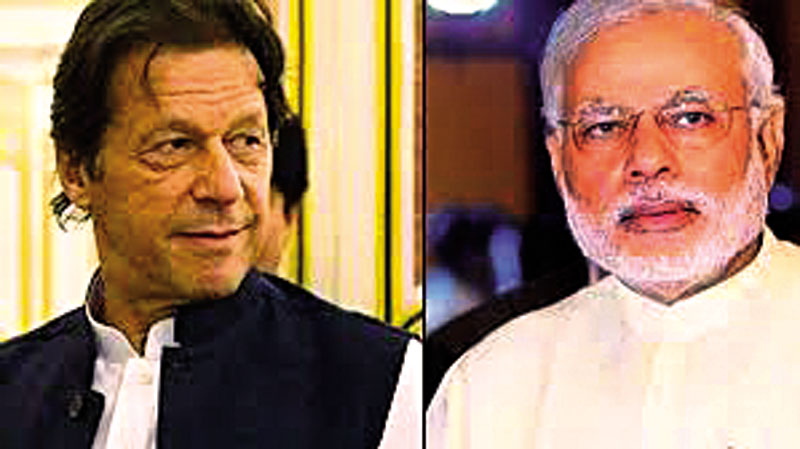 We are always caught in cross fires between Saudi Arabia and Iran – one being our next door neighbor and the other being the custodian of the sacred places of Islam and a friend of rainy days. Prime Minister Imran Khan’s undertaking to mediate between the two rivals was tantamount to punching the bag more than his weight. The dynamics of power politics in the Middle East have drastically changed. With the elimination of strong autocrats like Saddam Hussain, Moammar Kaddafi; the badly mauling of Bashar ul Asad in the bloody Syrian civil war; the blockade of Qatar and the US policy heavily tilted to Saudi Arabia and allies, the young Saudi leader has not scaled down his ambition of dominating the entire region. This rivalry will continue to rock the region unless both countries come to a mutually acceptable compromise. There are many conflicting and contrasting historic, economic, geo-political and strategic forces and causes underlying this rivalry. Pakistan or for that matter Prime Minister Imran Khan do not carry that weight to address these forces and causes. 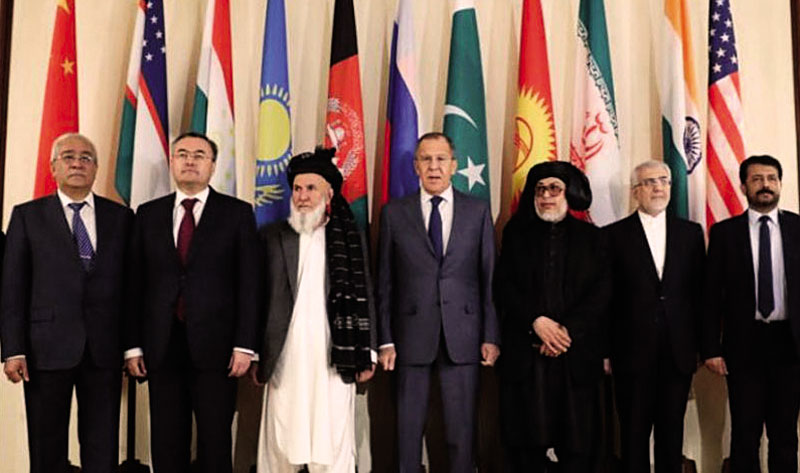 Diplomacy is the art of possibility. We cannot afford to antagonize our next door neighbour – Iran. We have had a dicey relationship with Iran after the revolution of 1979. The trust dented by the astronomically different policies of the two countries in the wake of the Soviet intervention in Afghanistan and the cataclysmic consequences of the events that followed could never be restored notwithstanding the endeavours of successive regimes in Pakistan – both military and civilian. Our efforts to deepen our relationship with Iran boiled down to the American coercive policy against Iran and the dynamics of the Saudi-Iran rivalry in the region. There is need for extraordinarily careful diplomacy to put our relations with Iran on even keel. 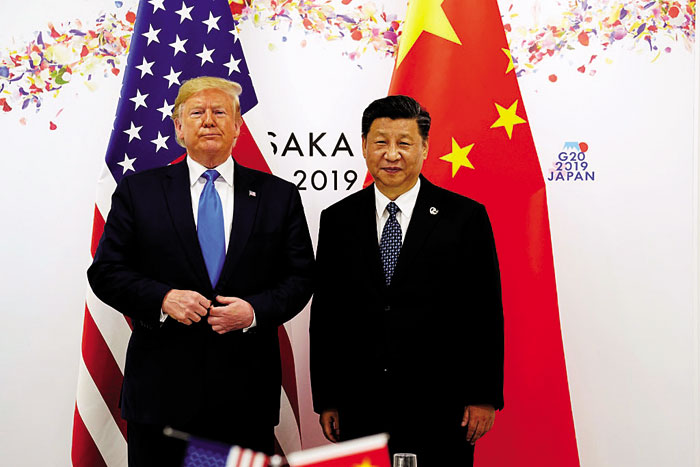 States cannot afford to take decisions without examining pros and cons of a diplomatic move. Leaders do their home work. The staying away from the recent Islamic Summit held in Kuala-Lumpur by the Prime Minister despite his initial commitment was a diplomatic debacle. We can initiate a damage-control process forthwith to remove the misunderstandings created by our last moment decision to stay away. To us Malaysia and Turkey are equally important. While endeavoring to make our foreign policy compatible with those of friendly countries on any issue of regional import, we can least afford to take dictates from any country to the peril of our national sovereignty. In this world of power politics, there is no free lunch. Economic dependency is the ruin of sovereign decisions of a state. The previous regimes equally share the responsibility of bringing the country to a pass where it finds it difficult to take independent decisions.

Hence, the overriding need for economic independence and reliance on our own resources.