India is for Hindus

The Citizenship (Amendment) Act, 2019 (CAA) was passed by the parliament of India on December 11. 2019. It amended the Citizenship Act of 1955 by providing a path to Indian citizenship for Hindu, Sikh, Buddhist, Jain, Parsi and Christian religious minorities fleeing persecution from Pakistan, Bangladesh and Afghanistan. Muslims were not given such eligibility. In this Act,religion has been overtly used as a criterion for citizenship under the Indian law. But scholars and critics point out that the Indian citizenship law has always been influenced by the idea of ‘India is for Hindus’. 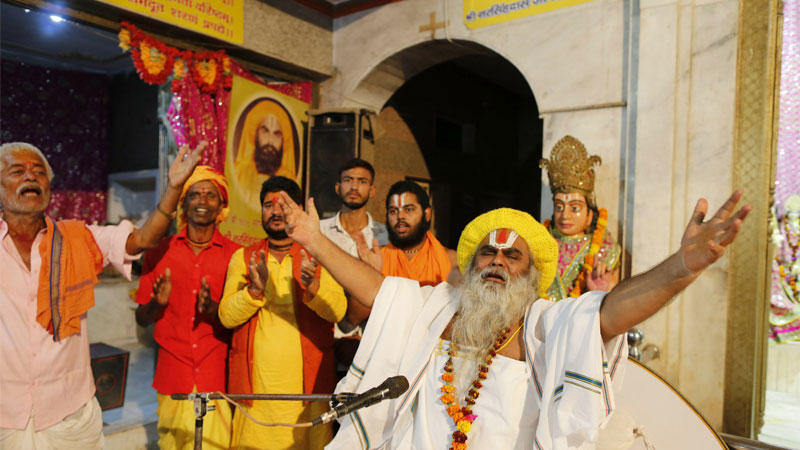 The law is more than just the latest in explicitly Hindu nationalist and Islamophobic policies. In a country that is home to the largest Muslim population outside of Muslim-majority countries, the CAA extends an ideological project that breaks the very promise of India. The Washington Post wrote, “As a new generation takes to the streets to protest discrimination against Muslims, both immigrants and citizens,the lines of 1947 once galvanized what has become one of the world’s most dangerous nuclear fault lines; the subcontinent, with its inherent multiplicity, cannot bear that cost once again.”

Under the 2019 amendment, migrants who had entered India by December 31, 2014, and had suffered “religious persecution or fear of religious persecution” in their country of origin were made eligible for citizenship. The amendment also relaxed the residence requirement for naturalisation of these migrants from eleven years to five. Immediate beneficiaries of the Bill, according to the Intelligence Bureau of India, will be 31,313 refugees: 25,447 Hindus, 5,807 Sikhs, 55 Christians, 2 Buddhists and 2 Parsis.

The amendment has been widely criticised as discriminating on the basis of religion, in particular for excluding Muslims. The Office of the United Nations High Commissioner for Human Rights (OHCHR) called the CAA”fundamentally discriminatory”and added that the Indian government should have done so by a “robust national asylum system”.Critics express concerns that the bill would be used, along with the National Register of Citizens (NRC), to render Muslim citizens stateless. Commentators also question the exclusion of persecuted religious minorities from other regions such as Tibet, Sri Lanka and Myanmar.

The Indian government says that Pakistan, Afghanistan and Bangladesh are Muslim-majority countries where Islam has been declared as the official state religion through constitutional amendments in recent decades, and therefore Muslims in these Islamic countries are “unlikely to face religious persecution” and cannot be “treated as persecuted minorities”. Scholars describe Muslim minorities in these countries, such as Hazaras and Ahmadis, as also facing persecution. The passage of the legislation caused large-scale protests in India. Assam and other northeastern states have seen violent demonstrations against the bill over fears that granting Indian citizenship to refugees and immigrants will cause a loss of their “political rights, culture and land rights” and motivate further migration from Bangladesh. In other parts of India, protesters said the bill discriminated against Muslims and demanded that Indian citizenship be granted to Muslim refugees and immigrants. Major protests against the Act were held at universities in India. Students at the Aligarh Muslim University and the Jamia Millia Islamia alleged brutal suppression by the police. The protests have led to the death of several protesters and injuries to many protesters. Some of the states have announced that they will not implement the Act.

There have been several incidents where students, like KarthicaKurup,winning gold medals and other accolades,decided to boycott the 27th Annual Convocation event on Monday, which was presided over by the Indian President Ram Nath Kovind. Their decision to boycott the event came in the wake of nationwide protests against the controversial CAA andNRC. Kurup said, “I didn’t want to get my degree from the president of India. He had a choice to send the bill back to parliament. But he did not; instead, he put his sign and made it a law.”

Arun Kumar and SAMehala,working on their PhD thesis, registered their protest stating that the government is plotting to destroy the secularism enshrined in the constitution. They said, “Discrimination based on religion and community cannot be tolerated by any Indian citizen. Today, it is Muslims, tomorrow it could be Christians, and the day after that it could be Dalits or other minorities. This will divide people and we should not allow this to happen.”

A petition opposing the bill was signed by more 1,000 Indian scientists and scholars. The petition stated: “The use of religion as a criterion for citizenship in the proposed bill [was] inconsistent with the basic structure of the Constitution.”

The OHCHRcriticised the Act and called it “fundamentally discriminatory in nature.” It added:”Although India’s broader naturalisation laws remain in place, these amendments will have a discriminatory effect on people’s access to nationality.”

It is being seriously questioned by the legal and intellectual circles of India as to why only Muslim-majority Pakistan, Bangladesh and Afghanistan were chosen, andwhy Myanmar, Sri Lanka and China are not on the list.

This legislation has introduced religion in defining the relationship of nationals of India with the state, thus paving way for India’s ‘theocratisation’. The Indian critics of this law say that in effect, it would complete the vision of Mohammad Ali Jinnah’s ‘Two-Nation Theory’.

India’s constitution is against any such law that discriminates on the basis of religion, caste, creed or gender. The new citizenship law is a clear attempt to declare Muslims as secondclass citizens. It is expected that the Supreme Court of India will take a serious view of this legislation that tends to violate the secular status of Indian state.

Malaysian Prime Minister Mahathir Mohamad has criticised India’s new citizenship law, which is seen as discriminatory against Muslims and has sparked deadly protests across the South Asian country.Speaking on the sidelines of the Kuala Lumpur Summit 2019, Mahathir questioned the “necessity” of the CAAwhen Indians have “lived together for 70 years”.

The acclaimed writer and activist Arundhati Roy joined in the protest, and in her interview to Al-Jazeera, urged Indians to protestagainst this discriminatory law. She declared this move as part of the agenda of Hindu supremacist organisation, the RSS.