Educational emergency fails to work for Sindh in 2019 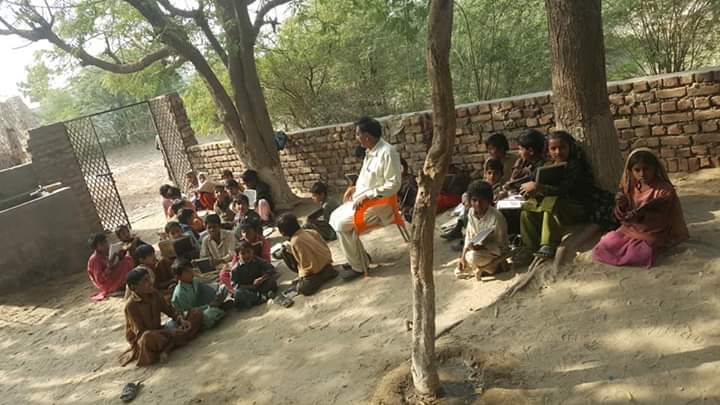 Despite the fact imposing the education emergency in Sindh, the department failed to meet the demand of standard education, and 2019 proved to be very sadistic injustice when seeing education.

The Daily Times learnt that the dept was kept at bay by Sindh government, no action was taken to do away with the lacking of qualified and well-mannered teachers, the government had started to hire teachers on contracts after 2012 and their issues are still not in the consideration. The corrupt staff and teachers were taken to their post after dismissal.

While taking to Daily Times Ahasn Ali Mangi said, “I am not able to change the entire department as they have been habitual of doing not to work”.

This hurdle is creating a big issue for more than 4.5 million children who can’t go to schools to get proper education. As report issued in August 2019 that the state is running 49,103 schools and of which 44,317 are primary schools, 2,693 elementary, 1776 high and 317 higher secondary schools, it is pointed out that 5,922 had no facilities such as toilets, boundary walls, pure drinking water and electricity. On the other hand the committees made to bring ease to boost educational system were not satisfactory. However, hundreds of the close schools are not in condition to be opened again.

Promises regarding closed-schools opening have been just the promises but not reality. It is considered that all the schools will remain close in 2020, the educational places are now “Drawing Rooms” and seem to the same in this year. Secondly, the matter illiterate tutors are surrounding the systems is a big question mark impacting negatively in the province.

Many cases of bribery and favouritism have been reported but no action was taken and some of the cases of the offices are in the high consideration of the Anti-Corruption Department.

According to survey in Education Department favoritism is on its peak, Aftab Ali told that on 30th September 2019 an application was submitted in Secretary Education office against male Incharge Zulfiqar Anwer Abbasi but no action has been taken against him yet. “In Education Department work cannot be done without bribe” said Yousuf Ali who came for his retirement case at Secretary Office, adding that “Every official is being paid for every single Signature”, he lamented.

The government decided to provide free transport for female students is still in pending, 30-35 % budget is not spent for the right purpose.