2019 ends with many forgotten goals in education sector 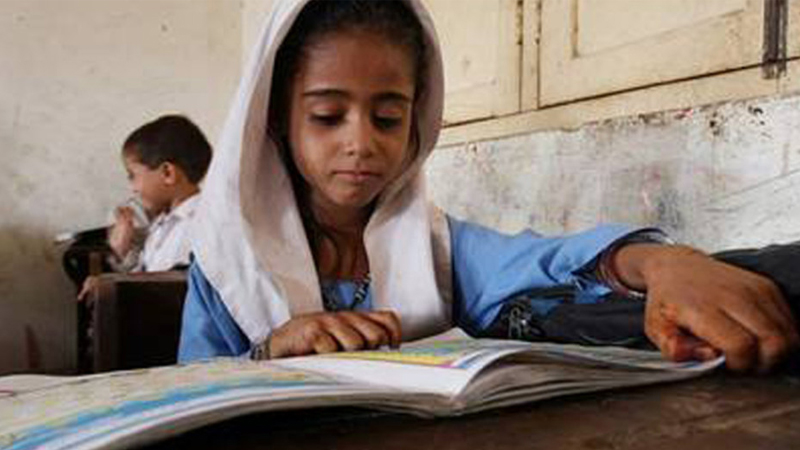 Goodbye 2019; the year also went amid claims by incumbent government to making education sector prototypical, as no significant progress could be made, and the last sunset of the year made sure that those tall claims were just a distant dream.

The ruling party Pakistan Tehreek-e-Insaf (PTI), before and after coming in power, on many occasions repeated this slogan that boosting education system is its best of priorities. However, as per information obtained by Daily Times, except slight good and practical initiatives nothing is could be changed in this year. Entire education system seems akin “old wine in new bottle”.

The reality nullified all previous claims made by PTI when the party was strongest opposition party in its predecessor tenure, when first (of incumbent government) budget presented and a drastic cut in overall education budget was made. Over 50 percent budgetary deductions were practiced only in higher education sector despite the fact that the higher education studies have a have pivotal role in education sector.

Due to budgetary cuts, the HEC only is currently facing financial deficit of Rs 27 billion and had a shortage of Rs 33 billion in development budget. According to the HEC, if the commission intends to overemphasize the existing system it requires Rs 55 billion.

Reduction in education, as its first consequence, paved the way for HEC to shut down some development projects including ‘laptop scheme’. Then this move travelled to universities as the varsities getting funding through HEC found to other way to generate revenues but to increase in their fee. Many universities in the country increased in semester and annual fees which directly affected only to a common man.

As for as HEC internal affairs is concern, many tasks remained unaccomplished while some initiatives that are need of hour could not be taken. Instead, the commission management relied on ‘dillydally’ approach. To make HEC’s Plagiarism policy comprehensive ever remained hard-hitting task since formulation of HEC, there are also some flaws in attestation of degrees mechanism, the issue of jobless PhDs remained unresolved despite the fact the country needed over 38000 PhDs, policy making regarding BS programs at college level, and some other minor matters remained all the same while another year over without placement of any practical strategy to address them.

Moreover, some key positions including Executive Director, that is second most important administrative slot after chairman, could not be filled and the commission is still relying on adhocism and consultancy-based appointments.

Introducing uniform curriculum in the country’s education system was one of biggest slogans of incumbent government. But the claimed gloomed very rapidly over the time when it received reaction from some private quarters of educational institutions. The private educational institutions of the view that if the government wants to change some sort of reforms, then it should implement in public sector institutions instead of forcing them to follow the uniform curriculum. The government devised many meetings with concerned stakeholders but not practical result could be yielded in the whole year.

The Federal Directorate of Education (FDE) is the entity that has role of backbone in education system of Islamabad Capital Territory (ICT) as it oversees 423 educational institutions in the ICT. But, as per available information, the body remained helm of issues this year like past. The issue of over 1500 daily-wage employee of the directorate remained unsettled despite a landmark judgment of Supreme Court in which the clearly directed the authorities concerned to resolve the issue on priority basis.

Besides, a large number of teachers’ deficit in various institutions of the FDE also could not be mended. The directorate also could not be able to introduce any training program for its teachers for their better performance. A traditional discrimination between Model Colleges’ setup and FG setup also been prevailed this year and even education minister Shafqat Mehmood, who stood on front-foot in uniform curriculum, did not bother to eliminate this dual standard within one organization. Head of any institution ever deemed as custodian and has have key role to run that organization while the FDE run without permanent head since last many months and this year also went same as no practical effort made to fill the post.

Many reforms required to strengthen Private Educational Institutions Regulatory Authority (PEIRA). Under existing rules, the PEIRA has no prerogative to compel private educational institutions to follow the rules. For instance, in recent Supreme Court directed to private educational institutions to refund fee to their students had been charged in academic years 2015 and 2016 in violation of law, the court also set 5 percent maximum limit for annual fee increase. According to the information, most of elite private schools denied to comply the superior court directives while PEIRA is helpless to take any kind of action against these institutions.