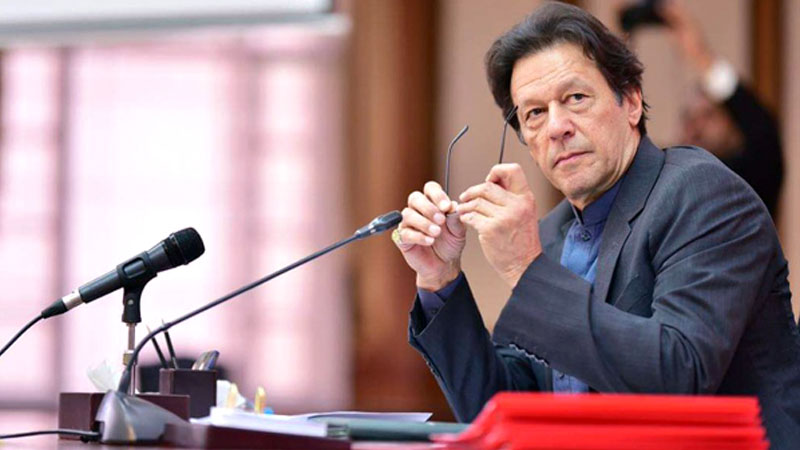 Prime Minister Imran Khan on Monday said Pakistan would become the ‘voice of innocent Kashmiris‘ by forcefully raising the issue at every forum.

“Pakistan will continue to extend political, diplomatic and moral support to Kashmiris,” the prime minister said in a meeting with renowned Kashmiri activist Tony Ashai here at the PM House.

The meeting discussed current situation in Indian occupied Jammu and Kashmir with security forces indulging in severe oppression and barbarity against innocent civilians.

“The RSS and Hindutva ideology is an attempt to erase the identity of millions of Muslims, residing in India,” he said.

Ashai apprised the prime minister of his efforts to update the American Senators and Congress members about Kashmir’s humanitarian crisis.