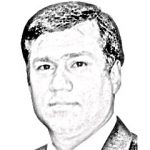 While India’s top court will hear petitions in January 2020, for The Citizenship Amendment Act – CAA, India has already built several strong, ugly looking detention/concentration camps for its minorities especially the Muslims. In 2002, when genocide was committed against a minority in Gujrat, Narendra Modi was Chief Minister of the State and in 2019, a constitutional amendment was initiated by Prime Minister Modi to segregate a minority based on their religion. The commonality between these two incidents is that both were done by the same person against the same minatory group – Narendra Modi against Muslim citizens in India.

On December 16, the US Commission for International Religious Freedom (USCIRF) condemned “religious violence” across India and called on the government in New Delhi to “stop use of force on those exercising right to express concern” about India’s Citizenship Amendment Act (CAA) and the National Register of Citizens (NRC).

For one to understand this outpouring of the rage and euphoria connected specifically to the Citizenship Amendment Act (CAA), and more broadly to what it means to be a nationalist Indian, we must look to the re-election of the rightwing Bharatiya Janata party (BJP) in May with an overwhelming majority. PM Modi and his hard-core loyalists like Amit Shah rose to power trailed by allegations of encouraging anti-Muslim bigotry and hate but after obtaining power with a land sliding victory, it was an ultimate chance for PM Modi to execute RSS’s, a Hindu extremist group, agenda on a broader level. For example, in February 2019, conflict with Muslim neighboring country Pakistan, in August suspension of constitutional rights in the only Muslim Majority State Jammu and Kashmir and later in the same month the constitution amendment based on religious identity especially for Muslims. In all these scenarios, a message is loud and clear, Hindustan is for Hindus, everyone else is a second-class citizen and 200 million Muslims are at the bottom of that second-class citizenship list.

While Modi’s nationalist and jingoist government are pushing Muslims to the wall, the rest of the Muslim world has turned their faces away as it is not their problem. India has started cooking hate and bigotry using the same recipes which Israel has been cooking for decades. The hate against Muslims has been normalized during the Modi government. Lynching innocents, force-feeding of pork to Muslims and severe punishments over selling beef don’t’ shock Indians anymore.

While many argue that India is following Israel’s model for its minorities, othersare warning the world that right-wing Zionism Benjamin Netanyahu and right-wing nationalism under Modi have become the foundation stone of the relationship between the two countries. Brussels researcher Shairee Malhotra, whose work has appeared in the Israeli newspaper Haaretz, has pointed out that India has the world’s third-largest Muslim population after Indonesia and Pakistan – upward of 180 million people. “he India-Israel relationship is also commonly being framed in terms of a natural convergence of ideas between their ruling BJP and Likud parties,Israel’s biggest fans in India appear to be the ‘internet Hindus’ who primarily love Israel for how it deals with Palestine and fights Muslims.”, she wrote last year in Haaretz.

The RSS has already started flexing their muscles with armed street marches and targeted attacks on Muslim residences, while police and other security forces watching them do it, it is creating a sense of insecurity among minorities

BJP’s political leadership has been insulting and using dehumanizing language to describe the Muslims. “These infiltrators are eating away at our country like termites,” BJP president and home minister Amit Shah said at an April rally. “The NRC is our means of removing them.” In November, Amit Shah said the government will conduct another count of citizens – this time nationwide. This could be used to clamp down on Muslims throughout India, potentially triggering a huge humanitarian disaster same as Ghaza or West Bank in Palestine.

But one should not forget the fact that the ground realities in India are different than Israel.

First and foremost, India has the world’s third-largest population of Muslims living as minorities. The segregation of 14% of its population will not only expose India’s two-faced secular democracy image but also fuel the anti-state sentiments among minorities. There are voices for “civil disobedience” across India and if that rhetoric spreads, it will create hate among different ethnic groups primarily between Hindus and Muslims which could lead to brutal attacks against each other. Individuals and civil societies are already planning to either not furnish papers for the NRC or not declare themselves Muslim.

Secondly, as the RSS has already started flexing their muscles with armed street marches and targeted attacks on Muslim residences, while police and other security forces watching them do it, it is creating a sense of insecurity among minorities. Pushing them to the wall will only create endless violence which will turn India into a “civil war-torn country”.

Third, as one can notice that there are undeniable similarities between the phases leading to the creation of Nazi Germany and what’s been happening in India – yetit will not easy to curb the Indian Muslims. Given how hugely constitutive Muslims are of India’s present and history, or how intricate the facets of Indian identity are, the fantasy of a “Hindu Rashtra” is an unfeasible one.Six states – West Bengal, Kerala, Punjab, Chhattisgarh, Madhya Pradesh, and Odisha – have refused to participate in Delhi’s plan for a nationwide NRC.

PM Modi and his Hindu religious extremist allies have engineered and explicitly articulated a “citizen against citizen, Kashmiris against the rest of India and religion against religion” war which is nothing but shaking a pressure cooker full of smoke and hot water. Both, NRC and CAB will be creating a mass population of stateless Muslim immigrants which will lead them to detention centers or neighboring countries like Bangladesh which is already struggling with the migrant crisis. The Human Rights Watch, the US Commission on International Religious Freedom and United Nations have all cautioned the Indian government about the brutal and inhuman policies, but the Modi government is desperate to punish Muslims of India to win the hearts of extremist Hindus at any cost.

As the clock is ticking in PM Modi’s hand, if India doesn’t take extreme measures to fix the problem, this clock could turn into a time-bomb which will explode on its own time and history might repeat as we have seen a similar scenario with the Union of Soviet Socialist Republics (USSR).