Benazir Bhutto: a phoenix that rose from ashes

December 27 is marked every yearas the death anniversary of Benazir Bhutto, one of the greatest leaders of the world and the first Muslim woman to head an Islamic country. She was an epitome of courage, resoluteness, steadfastness and resilience.Her intrepidity is eulogised not only by her diehard ideologues but also by her worst detractors. Her life is characterised by an indefatigable struggle against the forces of dictatorship and fascism. She left no stone unturned to get democratic ethos entrenched in political, social and economic order of the country. 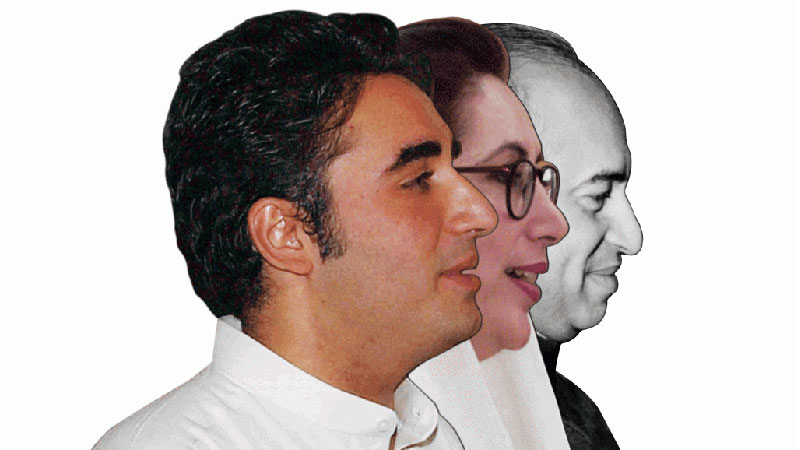 Benazir carried forward the legacy of populism as inculcated byher great father, Zulfiqar Ali Bhutto,in such an amazing way that people become so deeply infatuated with her that every Pakistani over her untimely and painful assassination. Her coldblooded murder shook the rank and file of Pakistani masses. Her unforgettable and charismatic persona would continue to impress the generations to come.

Benazir was born on June 21, 1953, the first of four children in a well-to-do, landowning family of the province of sindh. She grew up in surroundings that had the trappings and perks of Pakistan’s post-colonial, English-speaking elite. She was attended to by an English governess, was called Pinkie due to her rosy complexion, and was enrolled in a convent school.

At 16, Benazir had to leave for the Radcliff College, Harvard University, for which she was not mentally prepared. “I cried and cried and cried because I had never walked to classes in my life before,” she once told an interviewer. “I’d always been driven to school in a car and picked up in a car, and here I had to walk and walk and walk. It was cold, bitterly cold, and I hated it … but it forced me to grow up.”

From Harvard, Benazir went on to the Oxford University to study politics, philosophy and economics. Oxfordwas the arena where she honed her debating skills by becoming the first foreign woman to be elected president of the prestigious Oxford Union. She was a brilliant student and excelled in oratory at Harvard and Oxford, inspiring not just minds but also connecting hearts. It was Benazir who introduced the former British prime minister, Theresa May, to Philip May who would become her husband.

After completion of her studies, Benazir aspired to be a diplomat,but circumstances led her to continue her father’s legacy as a political leader. Soon after her return in 1977, her father was ousted as the prime minister in a military coup and imprisoned, and martial law was declared. Two years later, Bhutto was executed, which became the defining moment in Benazir’s life, launching her full time into politics. “I told him on oath in his death cell that I would carry on his work,” Benazir later said.

Benazir paid a price for her promise. Over the next five years, with the Pakistan People’s Party outlawed, Benazir was in and out of detention, sometimes at home, under house arrest, or in prison, under harrowing conditions.She was allowed to leave Pakistan in 1984 for treatment of a serious ear infection. She settled in London, but the saga of her family’s life continued with the mysterious death of one of her two brothers at his home on the French Riviera. Some accounts suggested that he had been poisoned, which Benazir believed to be the handiwork of Pakistani intelligence agents.

When martial law in Pakistan was lifted in December 1985, Benazir felt the time had come to return to her homeland. Her homecoming in April 1986, in the ancient city of Lahore, was tumultuous, celebrated by hundreds of thousands of Pakistanis who thronged the streets and forced her motorcade to slow to such a crawl that it took 10 hours to travel eight miles.

In her elegant British-inflected accent, she called on Zia ul-Haq to resign, saying that it was “a bad year for dictators,” a reference to the fall of Ferdinand Marcos in the Philippines and Jean-Claude “Baby Doc” Duvalier in Haiti. The momentum of her welcome propelled her on a national tour and then her party to victory in parliamentary elections in November 1988.

Government, however, proved difficult for both of Benazir’s terms as prime minister, from 1988 to 1990 and 1993 to 1996. She was credited with ending media restrictions and speaking out for women’s rights, but she was constrained by the military and the mullahs, Pakistan’s two most powerful institutions.

Benazir faced constant character assassination, perpetual resistance from mullahs who would try to stir uppublic’s emotions by proclaiming that a government headed by a woman was un-Islamic, and persistent refusal by army generals to salute a female prime minister. Yet she managed to leave behind a legacy of commitment to democracy, economic empowerment of the downtrodden and social equality that is rivalled by only the one left by her father.

During her tenure, Benazir strived hard to elevate the status of Pakistani women. She employed all of her resources for the betterment of womenfolk.She established the first women bank, a separate ministry for women affairs, inducted female judges in judiciary, made a separate police station for women, directed for five percent quota for women in every government department, set up Muslim women’s parliamentary union, established women’s sports board, and restored women seats in national and provincial assemblies.

Inter alia, Benazir had to face many plots, orchestrated by her adversaries to fail her government. Allegations of corruption were apportioned on her,and that resulted in loss of her government twice. Her husband, Asif Ali Zardari, because of alleged corruption was nicknamed “Mr Ten Percent”. The irony was that her husband had to spend eight years in prison without a formal conviction.

Benazir’s reputation was further damaged by the assassination of her other brother, Murtaza Bhutto, during her own regime, which some believe was engineered if not by her by her husband Zardari as her brother coveted for the leadership of his father’s bequeathed party, the PPP.

However, even after her death, Benazir continues to rule our hearts and minds regardless of the fact that she led quite an unusual life. As she was once quoted to have said, “I have led an unusual life. I have buried a father killed at age 50 and two brothers killed in the prime of their lives. I raised my children as a single mother when my husband was arrested and held for eight years without a conviction-a hostage to my political career.”

Benazir was undoubtedly a woman of great achievements. Some of her achievement came to limelight and were acknowledged even after her death, as is the case with a posthumous United Nations Human Rights Prize conferred on her in 2008.

Benazir was like a phoenix that rose from the ashes time and again.She proved herself as an iron ladythrough her tragic death in a suicide blast at the height of her election campaign in 2007. Benazir despite having life threats did not falter and continued her struggle with unwavering determination to achieve her ideals.Hence, a lesson of steadfastness, courage and boldness can be learnt from her glorious life.

A shrewd politician and a committed family woman, Benazir had a legacy that refused to die with her. The veteran journalist,HasanMujtaba,wrote in his poem, “Tum zindahokarmurda ho/Womurdahokarzindahai (You are dead while you live/She is alive even after her death).

Let me conclude by quoting Stephen Cohen, a South Asia expert at the Brooking Institution who once remarked: “Despite her shortcomings, what will remain is a commitment to democracy-to moderate, centrist values, tolerance, a role for women and an accommodation with India. She helped create a new identity for Pakistan as a place where women could be prime minister.”

The writer is a Quetta-based advocate and a columnist