No compromise on Kashmir come what may: COAS 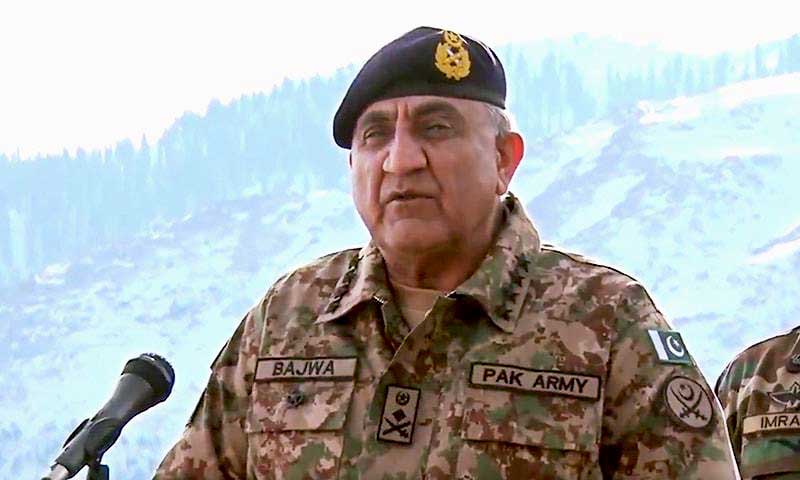 Chief of Army Staff Gen Qamar Javed Bajwa Monday said that the armed forces are fully prepared to thwart any misadventure or aggression for the country’s defence, according to Inter-Services Public Relations (ISPR).

“Our quest for peace must never be misconstrued as weakness,” the army chief was quoted as saying in a tweet by ISPR Director General Major General Asif Ghafoor. “There will never be a compromise on Kashmir, whatever the cost. We are capable and fully prepared to thwart any misadventure/aggression for [the] defence of our motherland,” Gen Bajwa said, who also paid a visit to the Combined Military Hospital in Muzaffarabad.

A footage released by the ISPR showed the army chief meeting and addressing troops stationed along the LoC, besides visiting patients receiving treatment at the CMH.

On Sunday, Indian and Pakistani troops had exchanged fire in some areas along the LoC but no casualties were reported from anywhere. The ISPR had reported on Saturday that the Indian army suffered heavy casualties and damage to its posts when the Pakistan Army responded to ceasefire violations from across the dividing line.