Army knows how to defend its honour, integrity: ISPR

* Maj Gen Ghafoor says enemies as well as their facilitators and handlers, whether they are internal or external, will be given a befitting response
* Pakistan Army will not let country slide into anarchy 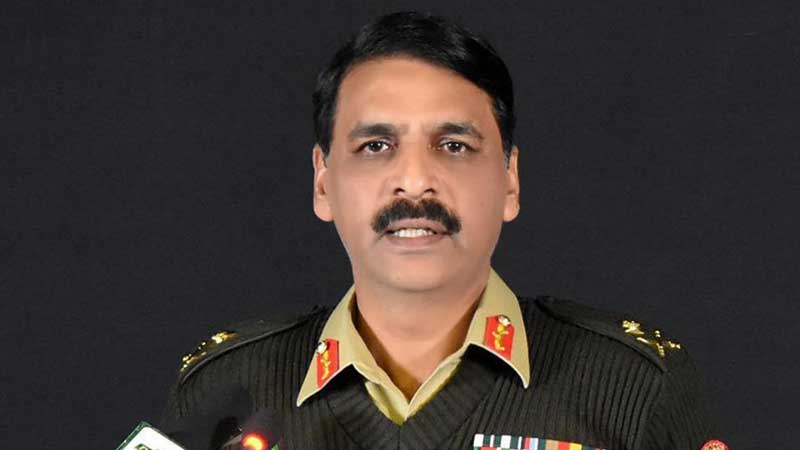 The verdict, especially the words used in the written order, transgressed humanity, religion, culture and any other values,” he told a news conference, hours after a detailed judgment was issued by the Special Court, sentencing the former president in a high treason case.

Following the short verdict on December 17, he said the ISPR had issued a swift statement, saying the ‘decision given by the Special Court has been received with lot of pain and anguish by the rank and file of Pakistan Armed Forces’. The ISPR DG said the Pakistan Army had expressed its apprehensions, which stood true after the release of the detailed judgment.

The ISPR DG said the armed forces are an organized institution and its members have taken oath to sacrifice their lives for the defence and security of the motherland. “We have practically demonstrated it in the past 20 years (and) achieved what no other country or army in the world could get.” He said the army did make those accomplishments with the full support of nation. “Currently, the country is facing a hybrid war and we are fully aware of this changing nature and character of war. We also understand the enemy, its facilitators and possible designs,” he said.

He said the enemy wants to destabilise the country both internally and externally, but the armed forces, being a national security institution, have a ‘complete visibility’ of the entire picture that how attempts are being made to weaken Pakistan internally. “The attempts are still on… and taking advantage of that…. external threats can be implemented.”

In the prevailing situation, the ISPR DG said some elements wanted “to provoke us to fight with each other by launching internal and external attacks” with the motive to defeat Pakistan. “Since we know about the threat, our response is also in place.”

He said the Pakistan Army has handled the external attacks and the scourge of terrorism in the country in an effective manner, and “by the Grace of Allah Almighty, the current design of anti-state powers will also be countered with complete comprehension.”

The ISPR DG said Chief of Army Staff (COAS) General Qamar Javed Bajwa, during his recent visit to Special Services Group (SSG) Headquarters, observed, “We have travelled a long journey for stability of the country with great sacrifices rendered by the nation, institutions, including the Armed Forces, and will never let our efforts go waste.” “The armed forces would never let the enemy designs to reverse that stability come what may, and stop moving towards the goal and fail both internal and external enemies,” he quoted the COAS as saying.

He said the armed forces are not only an institution rather a family. “We are the nation’s force, which stands firmly with the power of faith and the public support. We know how to defend our country, and also maintain the honour and integrity of the institution.”

The country, he said, is, however, first for them and the institution is secondary. “If the country today needs the institution’s sacrifices and its performance, and our (the nation’s) unity, we will not fall prey to the enemy’s conspiracies and let the things worsen.” He said the army chief had a detailed meeting with the prime minister over the detailed verdict given in Pervez Musharraf’s case. “They worked out a future course of action in this regard, keeping in view the feelings of the Pakistan Army and the sentiments of the patriot Pakistanis, who know the challenges being faced by the country,” he added.

For the last few years, he said, the government and the army have been jointly working to take the country in the direction where it had no threats. “We will Insha Allah achieve that goal. We will not let the country slide into anarchy, keeping its integrity intact as well as that of the institution,” he said. “The enemies will be given a befitting response whether they are internal or external or their facilitators and handlers,” he added.