Former Pakistani military ruler Gen. Pervez Musharraf said Wednesday the death sentence given to him by a special court is based on some people’s animosity towards him. 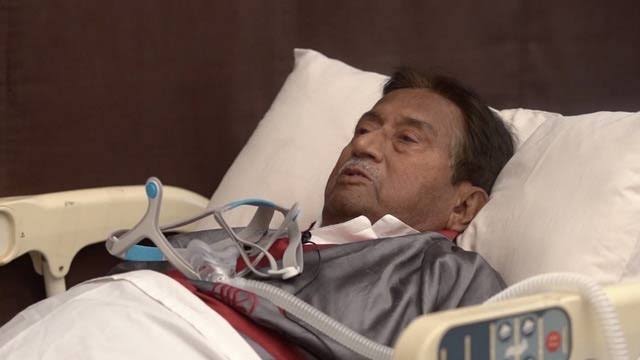 “This is an unprecedented case in which neither the defendant nor his lawyer was allowed to defend the case,” Musharraf said in a video statement from his hospital bed in Dubai.

He said the decision is “suspicious” since the supremacy of law was “completely disregarded” throughout the case hearing and stressed that the case was taken up only due to a “personal vendetta” by some people against him.

Saying that some people in high positions misused their authority to target one individual, Musharraf noted they revealed their intentions by this act.

“The chief justice has admitted publicly that he ensured a speedy decision in the case,” he added.

He also thanked the Pakistani nation and its armed forces for standing by him.

The court’s decision marks the first time in Pakistan’s history that a former leader of the armed forces has been sentenced to death. The court issued a 2-1 split verdict, with two of the three judges making the decision against Musharraf.

Musharraf’s party, the All Pakistan Muslim League, vowed to challenge the verdict at the Supreme Court.

Notably, in March 2014, Musharraf was charged with high treason for imposing emergency rule and suspending the Constitution in 2007.