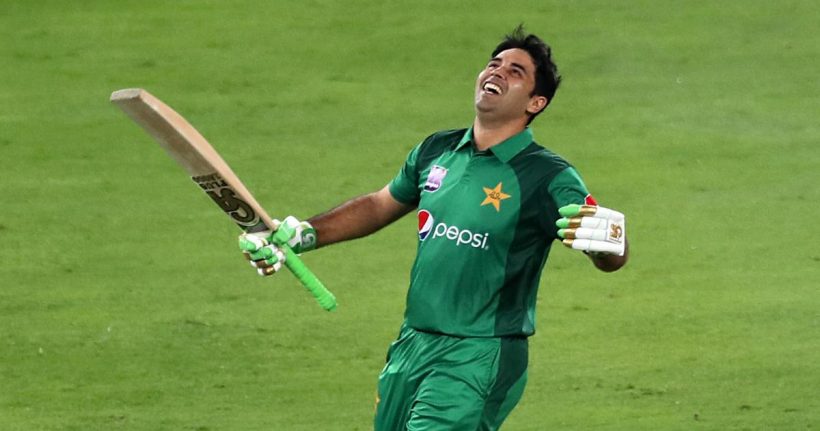 Pakistani opener Abid Ali has become the only male player in cricket history to score a hundred on both his ODI and Test debuts when he reached three figures on the final day of the Rawalpindi Test against Sri Lanka. Former England women’s player Enid Bakewell who played 12 Tests between 1968 and 1979 was the first cricketer (male/female) to start both their ODI and Test careers with a century.

The rain-curtailed encounter between the two teams is the first Test which is being played in Pakistan in the last 10 years, since the 2009 attacks on Sri Lankan bus. Bad weather hit the Test on all previous four days and only 91.5 overs were played as rain, bad light and overcast conditions affected the game. The fourth day was abandoned without a ball being bowled.

Earlier, Dhananjaya de Silva scored his sixth Test century. Sri Lanka declared the innings at 308/6. Day 4 had been abandoned without a ball being bowled. Pakistan finished their innings at 252/2 in 70 overs, to be behind Sri Lanka’s score by 56 runs.

It was the first in Pakistan since the Sri Lanka team bus was ambushed by gunmen in Lahore on 3 March 2009, when six policemen and two civilians died and several Sri Lanka players and coaches were injured.