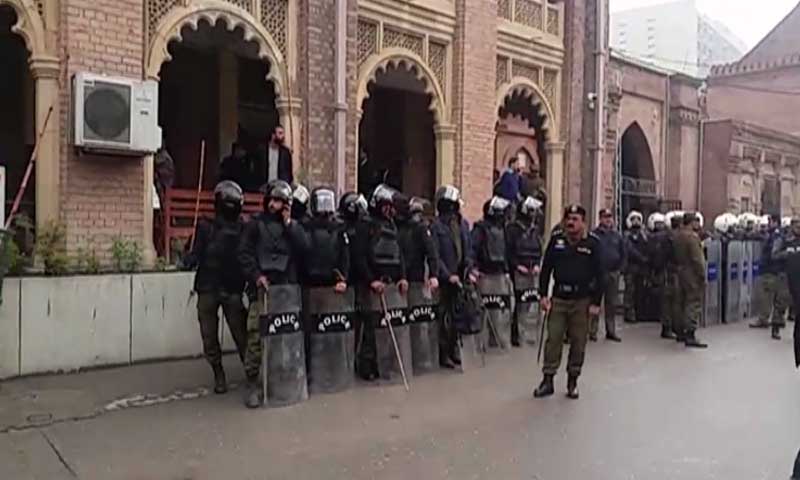 The Islamabad High Court Bar Association (IHCBA) on Saturday restored the membership of 60 members, a day after it was suspended for not responding to a strike call by the Pakistan Bar Council and the Islamabad Bar Council (IBC). The membership has been restored with immediate effect till the IBC decides the references against these lawyers, according to a notification issued by the IHCBA.

The lawyer community in the federal capital had observed a nationwide strike on Friday over the Punjab Institute of cardiology incident, and the ICHBA had also decided to boycott an oath-taking ceremony for new judges at the high court over the IHC chief justice’s decision to suspend the practising licence of IHCBA Secretary Umair Baloch.

A letter written by the joint secretary of the IHCBA, Advocate Waqar Ahmed Gondal, to IBC Vice Chairman Haroon Rashid had stated, “Despite a strike call issued by the Pakistan Bar Council as well as Islamabad Bar Council, the following lawyers have disobeyed the directions issued by your good office, therefore, their membership of Islamabad High Court Bar Association is suspended forthwith.”

‘And this reference is forwarded for necessary disciplinary action, as your good self has already announced order of the suspension of their respective licenses to practice for one month,” the letter added, in an apparent reference to a speech by Rashid in which he said that the licences of the lawyers who did not observe the strike would be suspended. On Thursday, IHC Chief Justice Athar Minallah had decided to suspend Baloch’s practising licence while the high court had also issued a show-cause notice to him for ‘professional misconduct and contempt’. He was reported to have been forcing lawyers not to appear before judges as the IHCBA was observing a strike against alleged offences against the legal fraternity in Lahore on Wednesday.