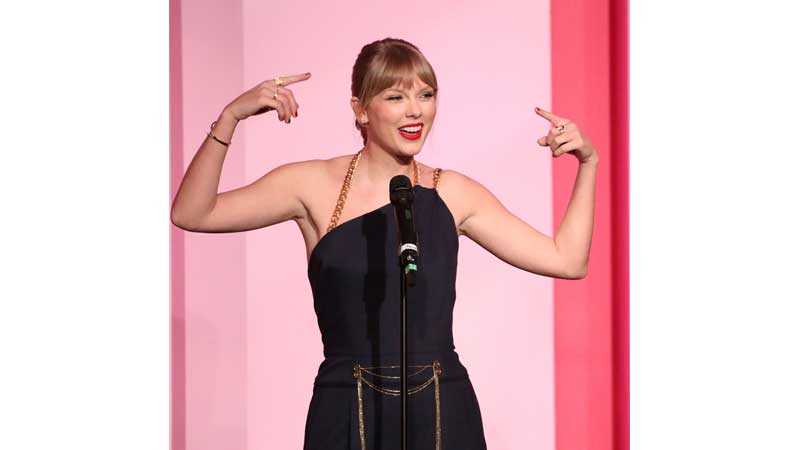 A representative for 23 Capital has responded to Rolling Stone’s request for comment, “23 Capital has a history of working with clients across the music industry including artists, managers, songwriters, music publishers and record labels to meet their commercial needs by providing innovative finance and capital solutions, often facilitating touring and recording, as well as enabling artists to retain their IP and publishing rights and facilitating the acquisition of master recordings. It would be inappropriate to comment on specific details relating to the Ithaca/BMLG deal, however we are keen to highlight that our global team of music and entertainment specialists work across the music industry to support creativity and flexibility.”

Taylor Swift again commented on her ongoing feud with Scooter Braun during her Woman of the Decade award speech during Billboard’s 2019 Women in Music event.

Singer and songwriter Taylor Swift previously called out businessman and record executive Scooter Braun after his company purchased Big Machine Label Group and the master rights to her first six albums and allegedly tried to prevent her from performing at the American Music Awards, to which Scooter Braun responded in a public statement on social media.

Now Taylor Swift is calling out the other parties involved, including George Soros, 23 Capital and the Carlyle Group.

“This just happened to me without my approval, consultation or consent,” Swift said during her speech, which also discussed sexism in the music industry. “After I was denied the chance to purchase my music outright, my entire catalog was sold to Scooter Braun’s Ithaca Holdings in a deal that I’m told was funded by the Soros family, 23 Capital and that Carlyle Group. Yet, to this day, none of these investors have bothered to contact me or my team directly – to perform their due diligence on their investment. On their investment in me. To ask how I might feel about the new owner of my art, the music I wrote, the videos I created, photos of me, my handwriting, my album designs.”

She continued, “And of course, Scooter never contacted me or my team to discuss it prior to the sale or even when it was announced. I’m fairly certain he knew exactly how I would feel about it, though, and let me just say that the definition of toxic male privilege in our industry is people saying ‘but he’s always been nice to me’ when I’m raising valid concerns about artists and their right to own their music. And of course he’s nice to you – if you’re in this room, you have something he needs.”

She added, “The fact is that private equity enabled this man to think, according to his own social media post, that he could ‘buy me.’ But I’m obviously not going willingly.”

After Braun purchased Scott Borchetta’s Big Machine Label Group (and therefore the rights to Swift’s music), the singer announced plans to re-record her first six albums, which she discussed in a recent cover interview for Billboard.

“We need to think about how we handle master recordings, because this isn’t it,” Swift told Billboard. “When I stood up and talked about this, I saw a lot of fans saying, ‘Wait, the creators of this work do not own their work, ever?’ I spent 10 years of my life trying rigorously to purchase my masters outright and was then denied that opportunity, and I just don’t want that to happen to another artist if I can help it… God, I would have paid so much for them! Anything to own my work that was an actual sale option, but it wasn’t given to me.”

According to Billboard, Braun, who has not yet commented on Swift’s speech last night, is open to negotiating a sale with Swift, although it remains to be seen how that would play out. 23 Capital, Soros and Braun did not immediately respond to Rolling Stone’s requests for comment.