Untiring protesters come up against immovable elite in Algeria 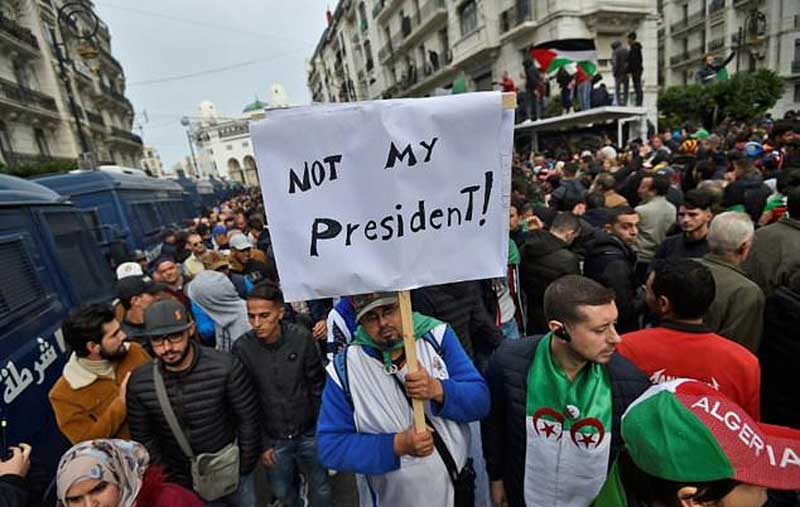 Algeria’s unpopular presidential election was meant to reset the country’s politics after months of crisis, but it exposed a rigid system determined to perpetuate itself, analysts say. “You get the impression of two parallel Algerias: a ruling class which congratulates itself on organising elections and a populace that holds protests,” said Maghreb expert and historian Karima Direche.

Bouteflika quit under popular pressure in April, but the Hirak protest movement has kept up the pressure with weekly mass rallies to demand sweeping reforms.

Thursday’s presidential vote was bitterly opposed by Hirak, which saw it as an establishment ploy to cling to power. Anti-election rallies rocked major cities and in the Berber-dominated region of Kabylie, protesters ransacked polling stations and clashed with police.

Fewer than four out of ten Algerian voters cast their ballots on Thursday, according to election officials.

Direche suspects the real figure may be less than half that.

Officials “stuff the ballot boxes, they fix the numbers. They don’t even make the effort” to hide their manipulations, she said.

On Friday, vast crowds descended onto the streets of Algiers to reject newly elected president Abdelmadjid Tebboune, a longtime government insider and former premier under Bouteflika.

But the opposition to the poll “matters little to a regime committed to a sham election intended to prolong its tenure,” said Anthony Skinner, regional director at risk analysis firm Verisk Maplecroft.

Algeria’s elite, dominated by army chief Ahmed Gaid Salah, sees the turnout as “enough to bestow what it sees as legitimacy on the next president,” he said.

“Gaid Salah will probably still treat the election as a success.”

Yet with the protest movement showing no sign of abating, that calculus may be wrong, said Jean-Pierre Filiu, a professor at Sciences Po university in Paris.

“Gaid Salah failed in his bid to stifle popular protest through imposing this election,” said Filiu. The protesters on the other hand “succeeded in making participation the only real issue in this poll, rather than the identity of the future president,” he said.

“By sticking to a non-violent approach… the Hirak is continuing to erode military decision-makers’ stranglehold on the country. There will be no going back” to the status quo. For Direche, the poll was “a new humiliation for the Algerian people”, compounding the February decision to allow Bouteflika, 82 and partially paralysed by a stroke, to attempt to extend his two-decade rule.

Direche said the Hirak may now change its strategy from one of peaceful Friday parades that pose little danger to the Algerian economy, to one of mass strikes and civil disobedience campaigns. The amorphous movement may have to reconsider its strategy of having no leadership, given that the country’s political elite is “running the shop” without any limits on its power, she said. But Direche said the Hirak has already created a shift in Algerian political life by retaking public space and encouraging citizens to take part in politics. 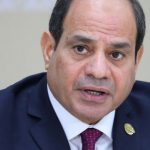