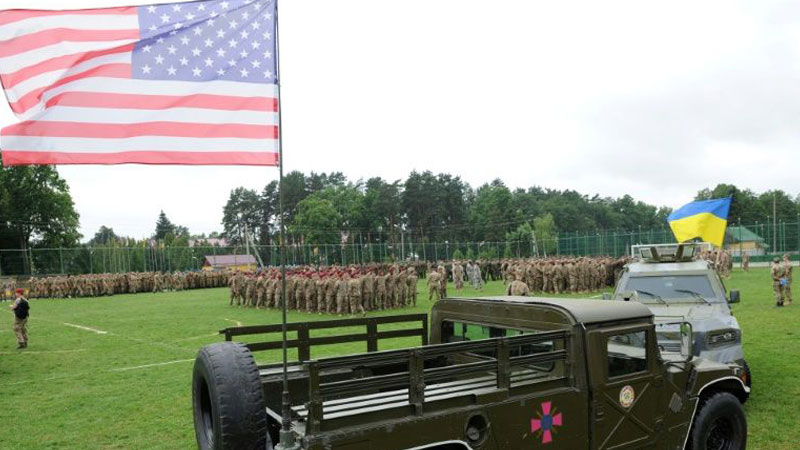 Ukraine’s deputy prime minister voiced confidence Friday that the United States would be “fair” and maintain support, as Washington is engulfed by charges that President Donald Trump abused his power with Kiev.

Deputy Prime Minister Dmytro Kuleba’s comments came as he visited the US capital, the first senior Ukrainian official to do so since President Volodymyr Zelensky took office in May, although Zelensky met Trump in New York in September on the sidelines of the UN General Assembly.

Kuleba, who met senior US officials but not top leaders, said he saw “no fundamental differences” with the United States on supporting Ukraine against Russian-backed separatists in a conflict that has claimed thousands of lives since 2014.

“All we are asking from our colleagues in the US administration is fair treatment. We don’t want to be shamed and blamed; we just need a fair, balanced look on what Ukraine has accomplished, where Ukraine stands and where Ukraine is moving,” he said.

“My overall sense is that there is an understanding in DC that Ukraine has to be treated fairly,” he said at the German Marshall Fund of the United States.

Kuleba pointed to the House of Representatives vote this week to impose sanctions on contractors working on Russia’s Nord Stream 2 pipeline to Germany, which will allow Moscow to bypass Ukraine.

He called on the Senate and Trump to give final approval to the sanctions.

“When it comes to Nord Stream 2, it’s not about Ukraine, it’s a much bigger issue. It’s about strategic balance in Europe; it is about the energy security of Europe,” he said.

A House committee on Friday approved two charges of impeachment against Trump after he allegedly held up nearly $400 million in military aid and delayed a summit with Zelensky as he pressed the Ukrainian leader to announce an investigation into his domestic rival Joe Biden.

Asked by reporters if US officials brought up impeachment or Biden, Kuleba said: “No one mentioned it to me and, as you can imagine, nor did I mention it.”

His talks in Washington come days after Zelensky held his first meeting with Russian President Vladimir Putin, agreeing at a summit in Paris involving France and Germany to seek a ceasefire and exchange of prisoners.

Kuleba said Ukraine was “working on making sure that we make progress” but said the onus was on Russia.

“Until Russia changes its approach, its position, we can jump out of our skin but we cannot do it on our own,” he said.

“That’s why we need the joint effort to convince Russia that it is in its best interest to change behavior,” he said.

Thanking the United States for its assistance, he said that Ukraine also wanted to develop broader areas of cooperation, pointing to technology.

“Ukraine is a natural ally of the United States in the world,” he said.

“We do not want to be in a position of the country who always asks for help; we want to build a relationship.”