What is the mission and vision of Oversea Pakistani commission of Pakistan? 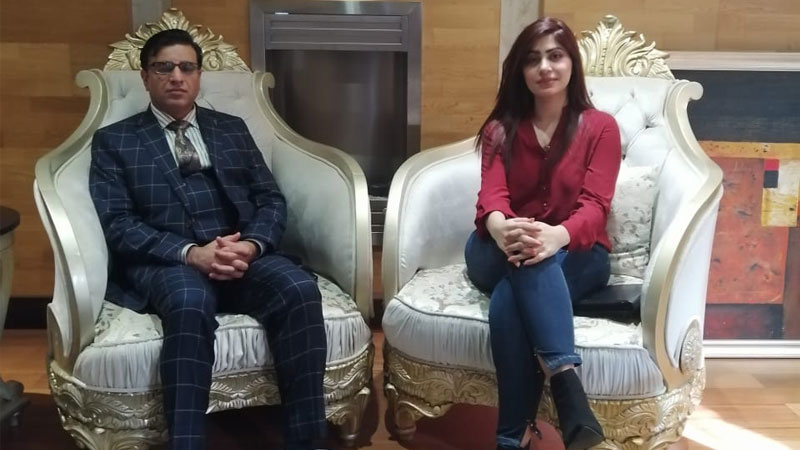 We must know OPC was established under the Emigration Ordinance, 1979. Its Board of Governors is the supreme body and all OPC operations are managed under the overall control of the Board and policy directions from the government. Syed Zulfiqar Bukhari is serving as its Special Assistant to the Prime Minister. We envision to develop OPC as a progressive, effective, dedicated, credible and professionally self-sustained organisation striving for the economic and social welfare of overseas Pakistanis working or settled abroad and their families living in Pakistan and ultimately act as a one-window solution provider to all problems faced by overseas Pakistanis.

Its mission is to efficiently resolve the issues faced by the overseas Pakistanis. The OPC will make efforts to enhance the contributions of overseas Pakistanis towards the development and progress of Pakistan through their remittances, investments and technological expertise.

It is observed that most of the Pakistani workforce is concentrated in GCC countries where gulf policy may pose a threat to future remittances. Kindly tell what present government is doing to find new destinations for Pakistani labour force?

Pakistani workers are in large numbers in UAE and Saudi Arabia as both the countries continued to be the largest source of employment opportunities for them this year as well. According to the data compiled by the Bureau of Emigration and Overseas Employment, the manpower export to Saudi Arabia has registered a marked increase as compared to corresponding months of the last year. The number of Pakistani emigrants to Oman had also increased.

People of Pakistan are serving in other countries. I have witnessed people working day and night for the bread and butter of their family. Those who are serving in America, Europe, Canada and Australia are doing good businesses as well.

I serve in Punjab and here, the matters of dependents of overseas Pakistanis are resolved efficiently under the organisation’s super vigilance. We have launched complaint cells, housing schemes, financial assistance, health service, ambulance service, airport facilities and many others.

When a complaint is launched, our whole team gets active. We have facilitated foreign complaint filers. Now, the complainant does not need to come to Pakistan for pursuing the application. Our team works upon it until the matter is resolved. The case is closed only when the complainant submits the satisfaction stamp paper to the OPC.

It is a bitter reality that cases in Pakistan are prolonged incessantly while overseas Pakistani are considered easy targets by the land-grabber mafia. Mafia annexes their land and tampers records. The government of Pakistan is looking into methods to ensure that properties belonging to those who live abroad can be protected, and they do not become a victim of land mafias. I met Chief Justice of Pakistan and discussed the matter in detail. Later, he designated e-courts and Fast Track courts for overseas Pakistanis and a notification was passed for winding up cases in six months. Petitioner one or two can appear before the court through video link and record the statement. It is the third organisation in Pakistan whose court has been designated after liquidation board and national accountability bureau.

Overseas Pakistanis can enjoy several perks if they bring business and investment over a hundred thousand dollars in two years. Hybrid cars in Pakistan can be availed without paying customs duties and taxes.

The Punjab Government has appointed Choudhary Waseem Akhtar as the Vice-Chairperson of Overseas Pakistanis Commission (OPC) Punjab. Our spokesperson, Muneezay Moeen, put questions to him that he answered as follows

It is seen in recent years that the number of migrant workers of Bangladesh is rising every day. Why has Pakistan failed to keep up the pace?

In Pakistan, we are working on creating more training institutes to professionalise our people for matching skills’ demand in major destinations.

People are searching for job opportunities abroad and are being exploited by travel agents, etc. What has the present government done to end this menace? “It’s not realistic to stop fraud, but what we can do is try to spot it early and make those losses as minimal as possible.”

No sensible person consults a travel agent as every information is a single click away. If consulting a travel agent is compulsion, it must be made sure that he has a particular licence.

Is there any initiative to increase woman migration (as the number of female migrants is minimum as compared to Bangladesh and Philippine and India)?

Our department is working on women’s economic empowerment and has set a direct path towards gender equality, poverty eradication and inclusive economic growth. Women make enormous contributions to economies, whether in businesses, on farms, as entrepreneurs or employees.

It is seen that Pakistani workers lack skills that are mostly demanded in the world what initiative has been taken to upgrade the skills of intended migrant workers?

Our aims are higher incomes, better access to and control over resources and greater security, including protection from violence and for this, the government of Pakistan is holding workshops in major cities of Pakistan for the women of both rural and urban areas. In these workshops, professional training is given to them and after they complete course, certificates are issued for them. This can help them in future to earn means nationally and internationally. What benefits are granted to overseas migrant workers families here in Pakistan (as male members are outside Pakistan and families back in Pakistan face numerous difficulties)?

Our department is looking after the matters of overseas Pakistani families, whatever the case is vulnerable to the dependents of migrants.

What message do u want to give to intended migrant workers and the nation?

Prime Minister of Pakistan Imran Khan said, “Overseas Pakistanis are the asset of the nation.” The government of Pakistan highly regards them as they are our heroes.

Secondly, Pakistanis working in other countries must go through labour laws to avoid later complications.

I must say last but not the least, every Pakistani must raise voice for Kashmir at every forum as we are the ambassador of Kashmir.