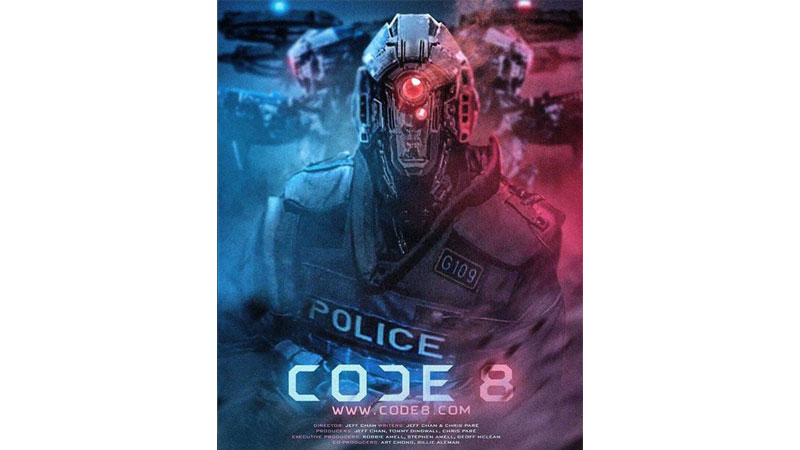 Essentially a humbler, grungier indie “X-Men” without the same dependence on splashy effects, “Code 8” is a solid genre effort from director Jeff Chan. Spun off from his prior short of the same name, the crowdfunded effort is resourceful and polished on a tight budget.

Its fast-paced progress has enough appeal to suggest a possible franchise, even if this potential kickoff is held back from becoming something more memorable by the general familiarity of the story and character concepts. Starring cousins Robbie and Stephen Amell (both best known for their respective CW series “The Flash” and “Arrow”), the Canadian sci-fi action film opened Dec. 6 on a single Los Angeles screen, expanding to other U.S. cities as well as streaming on Dec. 13.

In the alternative near-future of fictive Lincoln City, a minority of “power-enabled” persons were once valued members of society. But since automation has more or less replaced any need for such skills in the workplace, their supernatural abilities — which run a wide gamut between individuals, from telekinesis to superstrength to healing — aren’t just unwanted, they’re actively banned. Now fearful of those it hitherto exploited, the government arrests anyone caught using their powers, monitoring the populace via spy drones constantly overhead.

Thus criminalized, the minority is scorned by most legit employers, invariably pushing them toward conventional forms of crime. Their image isn’t helped by the fact that a dangerous new drug called “psyke” is created from tapping the spinal fluid of the psychically empowered. That opioid is yet another thing making the enabled look shady, even if they’re more its victims than perps.

Trying to travel the straight and narrow despite such discrimination is Connor (Robbie Arnell), a “class five electric” — he can power and disable electricity at will — living with his ailing widowed mother Mary (Kari Matchett). When they both lose their low-level jobs due to employer skittishness, any prospect of affording her urgently-needed cancer treatments seems remote.

Desperate, Connor accepts a dubious day job from strangers led by Garrett (Stephen Amell). He’s hired not despite but precisely because of his powers, as this crew is using their disparate paranormal skill sets to pull off a series of daring robberies. Particularly valuable because of his clean arrest record, Connor is wary of such company, but really needs the quick cash. He is justifiably even warier of their creepy underworld minder, drug lord Marcus (Greg Bryk), as well as his icy overseer, chrome-domed Cumbo (Peter Outerbridge). Meanwhile, two Lincoln City cops (Sung Kang, Aaron Abrams) trying to crack down on psyke trafficking begin to connect dots between that drug, the robbery spree, and previously squeaky-clean Connor.

Chris Pare’s screenplay packs in a lot of characters and complications without much time to lend them distinguishing personality. So we get a story populated by figures who don’t really develop past our first impression, in situations that are lively but pretty much play out as one expects. The film could’ve used more humor, particularly as the thing it’s most serious about (that “My mom needs a doctor and we can’t afford it” angle) is a hoary plot hook which does not transcend sentimental cliche here. 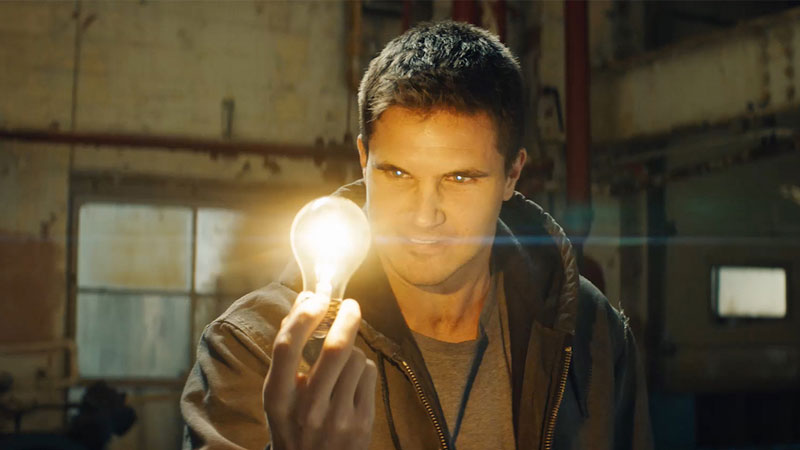 Nonetheless, despite those limitations (plus the lack of stylistically bold elements in the competent action sequences), “Code 8” is a well-crafted mix of crime melodrama and fantasy that provides credible reasons for primarily taking place in dreary, mundane urban settings. The performers are generally strong, even if their roles don’t give them a lot of room for depth or invention; the physical presentation is accomplished.

Chris Crane’s production design and Playfight’s visual effects present a plausible near-future marked more by pervasive surveillance and economic struggle than any spectacular advances. Their polished work is matched by DP Alex Disenhof and editor Paul Skinner, both also relative newcomers whose prior work has been largely in TV and shorts. Many of these collaborators, including some lead actors, carried over from the film’s 10-minute 2016 incarnation. (That short’s popularity generated the feature’s budget, whose Indiegogo funders are duly thanked for a full five minutes of the very long end credits.)

“Code 8” is better than a mere calling-card film, though one senses a desire to check all the boxes of fan expectation and professional packaging rated higher than the kinds of personal expression that might have lent it a more memorable idiosyncrasy. It’s an impressive leap in scale from Chan’s debut feature, “Grace: The Possession,” a 2014 horror movie that likewise had more enthusiasm than originality. If there are followups in this film’s future, they would be wise to consider the world-building blocks built, and focus on the more intriguing narrative possibilities in abuses of “power” and “psyke” that get barely tapped here.