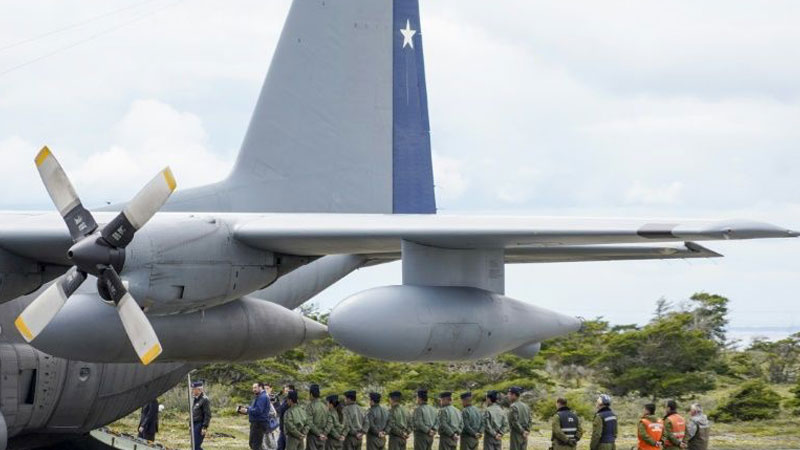 Remains of people killed in a military plane crash that claimed 38 lives were flown Friday to a military base in Chile for identification. The remains were brought in aboard a Hercules C-130 plane — just like the one that went down Monday off the southern tip of South America — and turned over to the local coroner’s office, AFP observed. A total of 39 relatives of 11 crash victims flew Friday from the capital Santiago to Punta Arenas, where the base is located, to provide DNA samples. Thirty-eight people — 21 passengers and 17 crew — were on the plane headed to a base across the Drake Passage in the Antarctic. That rough waterway links the Atlantic and Pacific. Authorities say they have not ruled out anything as to the cause of the crash. The plane made no emergency signal prior to its disappearance, indicating the circumstances of the accident were likely abrupt. The Air Force has said the plane’s maintenance record was in order. It also said it will investigate a Whatsapp audio message sent by a passenger to relatives that allegedly said the plane was having electrical problems. Debris from the plane was located in a 12 square mile (30 square kilometers) area in the Drake Passage, a storm-tossed body of water south of Cape Horn.