At least three heart patients died on Wednesday after a protest by a group of lawyers against doctors at Lahore’s Punjab Institute of Cardiology (PIC) turned violent. 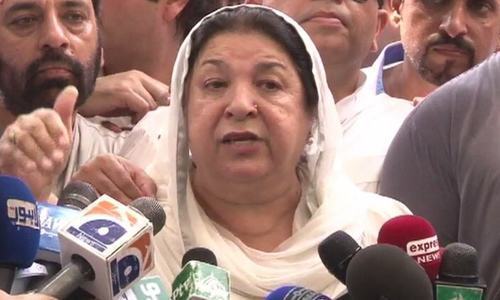 Patients, some in ambulances, were unable to reach the hospital while those receiving treatment were left unattended due to the chaos.

CM Punjab Usman Buzdar has directed the Lahore Capital City Police Officer (CCPO) and provincial secretary of specialized health and medical education to submit a report into the situation. Prime Minister Imran Khan has also taken notice of the incident, ordering a report from the Punjab chief secretary and inspector general of police.

Grand Health Alliance Chairman Dr. Salman Haseeb said four people had died due to the actions of the rioting lawyers. The deceased were reportedly all in critical condition and were left unattended after the lawyers barged inside emergency wards.

I would like to thank and welcome back our staff and ensure them that the Healthcare Professionals Security Bill will in sha Allah soon be a reality. https://t.co/ZmxbV10p8D pic.twitter.com/DnHgelXnXH

Following the unfortunate incident, Dr. Yasmin Rashid ensured the doctor community that the Healthcare Professionals Security Bill will soon be a reality. She also extended gratitude to the staff of Punjab Institute of Cardiology, Lahore as the hospital resumes its functioning with new zeal to serve the patients.