A tale of 2 migrations: Before and after new Trump policies 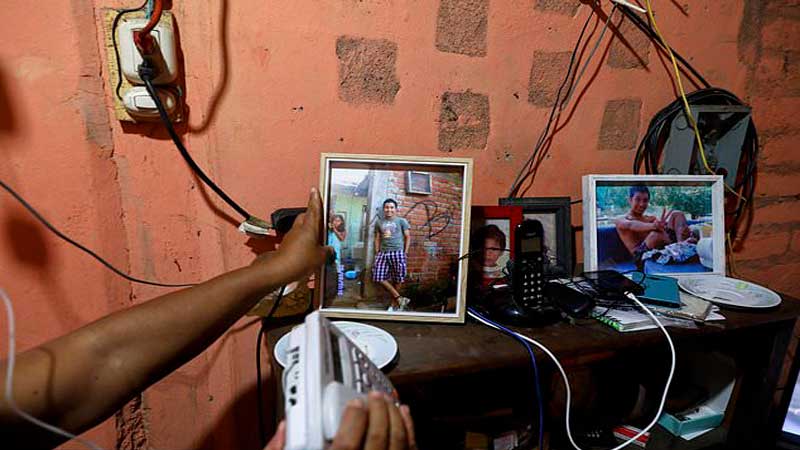 María Teresa Carballo was worried. She hadn´t heard from her daughter-in-law since the young woman and her two young children left with a smuggler for the U.S. border a week earlier.

The silence was unexpected: Seventeen other members of Carballo´s family had undertaken the same journey between last December and May, and all had made it safely after paying the smuggler $3,000 per person.

This October day was the first inkling that something had changed, and the family´s perfect streak had ended.

“For the ones I´d sent it was easy,” the 59-year-old Salvadoran woman said of the relatives who migrated to the U.S. earlier in the year. All had turned themselves over to U.S. authorities, requested asylum and been released into the U.S. to await their cases.

But by October things had changed dramatically.

It began in May, when President Donald Trump threatened to impose crippling tariffs on all Mexican goods if the government did not stem the flow of mostly Central American migrants crossing its territory. Mexico responded in June by deploying thousands of members of its newly created National Guard along the country´s principal migration routes to make it more difficult for migrants to arrive at the U.S. border.

The U.S. also expanded a program to make asylum seekers wait out their cases in Mexico rather than in the U.S.

The impact was swift: By September, Mexico announced that the number of migrants reaching the U.S. border had plummeted by more than half. At the same time, Mexico was detaining far more migrants: A 66% increase from January through September compared with the same period a year earlier.

It was into this dramatically altered policy landscape that Carballo´s daughter-in-law found herself ensnared, severely reducing her chances of success.

Hours after crossing into southern Mexico on Oct. 12, she and her children, ages 3 and 9, were in the custody of Mexican authorities after being taken off a bus at midnight by immigration agents who recognized the 24-year-old woman´s Mexican birth certificate as a fake.

The young woman, who is not being identified for safety reasons, spent 11 days in Mexican detention with her children before being bused back to El Salvador.

Still, she was undeterred.

“We´re going to try again,” she said upon arriving home.

Like much of Central America´s massive migration of recent years, the driving force behind the Carballo family´s exodus has been fear.

Their hometown of Santa Ana, a city of 260,000, is at the center of an important coffee-growing area not far from the border with Guatemala. Two gangs divide its territory.

Carballo lives in a neighborhood controlled by one gang, but every morning at 5 a.m. she travels to the city´s central market, which is controlled by another gang, to buy yuca, plantains and potatoes to make the fried chips she sells for a living. She goes alone because the opposing gang would target her youngest son just for living in the other gang´s territory.

She has reason to fear. On a stormy night in 2010, her 17-year-old grandson, Antony, disappeared after being lured from home by a classmate who said there was a girl who wanted to meet him. The classmate was joining a gang and Antony, a resident of the rival gang´s territory, was his ticket in.

Antony´s body was discovered two years later in a septic pit. Until then, Carballo had been outspoken in her search, badgering police when they encouraged her to let it go. After the body was found, relatives urged her to bury him quietly, out of fear.

“We didn´t hide. We were always showing our face, we buried him, we held a wake when they gave us the body,” she said. The man responsible for his murder “knows why he´s locked up and when he gets out he could send someone.”

After that, the family´s exodus began.

The first to go was the father of the two grandchildren caught with their mother in October, who had narrowly escaped multiple kidnapping attempts working as a gas deliveryman. Another son and Antony´s two sisters and their families soon followed.

The son, who left with his wife and two young children in January, ran into a little difficulty when federal police tried to extort them as they passed through the southern Mexico state of Tabasco. But they made it to Ciudad Juarez on the U.S. border without further trouble.

Within 1½ days of turning themselves in to U.S. Border Patrol agents they were put on a bus to Miami with ankle monitors and a court date and released. He´s found work and is saving to hire a lawyer before his next court date.

Carballo´s daughter-in-law and her children faced a far different fate when they set out 10 months later.

On Nov. 3, the young woman made good on her pledge to try again, and at first it seemed that luck was with them.

They traveled from Guatemala to Ciudad Juarez across the border from El Paso, Texas, in 2½ days. The only hiccup was when a Mexican officer took her out of a transport van to look at her papers. She showed him a fake Mexican birth certificate – different from the last one – and this time it worked.

After a night in Juarez they were dropped along a highway running parallel to the U.S. border. The smuggler told them to run across the concrete drain that defines the border there and wait for U.S. Border Patrol to arrive. As they walked along the border fence that evening U.S. agents appeared.

The smuggler let Carballo know that her daughter-in-law had turned herself over to U.S. authorities, but then came agonizing days without news. All she could do was pray they were released into the U.S. like the rest of the family.

But inside an El Paso Border Patrol station, things were not going well for her daughter-in-law. 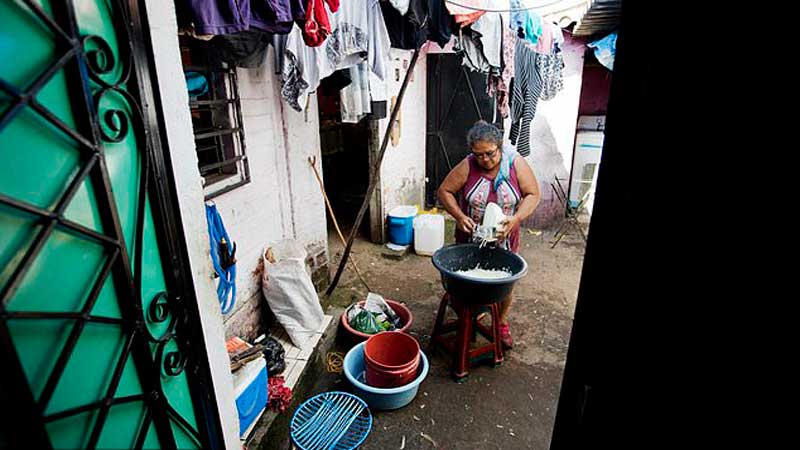 She spent 12 days with her children locked in a cold holding cell. On the fifth or sixth day she was interviewed by phone for several hours to judge the threat she faced in El Salvador – the first hurdle in seeking asylum. She said she explained fear for the safety of her children had driven her out of El Salvador. She did not mention trying to reunite with her husband, for fear of putting him at risk.

Several days later she got the answer: “They told me it didn´t apply, that asylum didn´t apply.”

She requested a lawyer and spent several days trying to find one. The day she was finally able to reach her mother, who had migrated to New York 20 years earlier, to ask for help she and her children were moved to a hotel and told they were being deported.

Back in Santa Ana, questions burned about why things had turned out so differently for her.

She wondered if she would have had better luck at another border crossing. She recalled being told by one Border Patrol agent that something had changed over the summer and they were no longer allowing Salvadorans into the country.

That´s when the Trump administration struck a series of agreements with El Salvador, Guatemala and Honduras to stem the flow of migrants at the southern border, something she had never heard of. Under those pacts, immigrants who pass through those countries on the way to the U.S. are effectively barred from seeking asylum in America.

Since returning home the young woman doesn´t feel safe. Living in gang territory, she said she feels exposed and penned in, unable to move freely.

Asked if she´d make a third try, she said, “Not anymore.”

“It´s difficult to be travelling so much. It´s really far, the children are small … It wasn´t a nice experience to be locked up so long,” she said.

She and her husband have agreed to give up on trying to reunite the family.”He doesn´t want us to keep trying,” she said. “He´s scared too.”