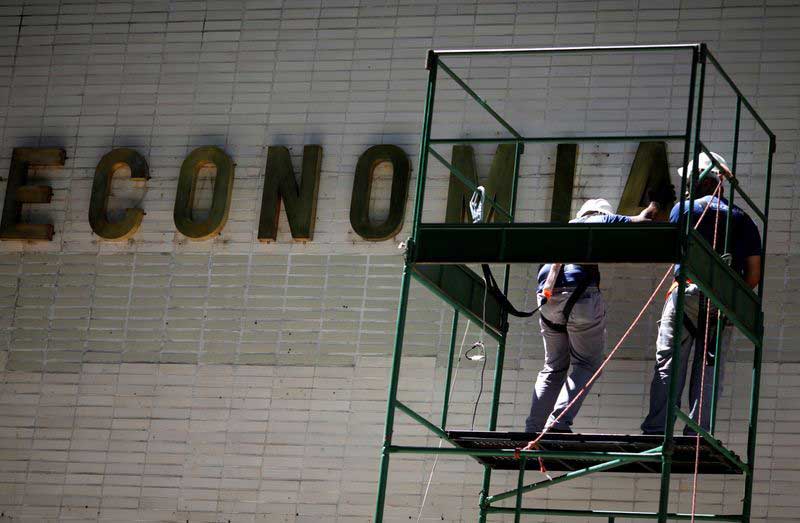 Conditions for buoyant economic growth in Brazil have rarely, if ever, been better, making 2020 a “make-or-break” year for Latin America’s largest and long underachieving economy.

Unprecedented monetary stimulus, huge strides on the government’s reform agenda to bring public finances under control and open up the economy, and a record low exchange rate should help fuel the boom.

Sustained growth is long overdue. The economy has struggled to grow much above 1% a year in each of the three years since the 2015-16 crash, making it the worst recovery from recession on record.

The central bank on Wednesday cut interest rates to a new low of 4.50%. Real interest rates, taking into account inflation, are now below 2%, one of the lowest levels in two decades and almost unthinkable only a few years ago.

Bluntly put, if the economy can’t rally now, when can it?

“It’s all there … but 2020 is going to be a very complicated year. Even though some boxes have been ticked, I don’t see a convincing story,” said Monica de Bolle, senior fellow at the Peterson Institute for International Economics in Washington.

“There’s no real dynamism in consumption, investment, or on the external side, and government spending has collapsed too. So where’s the growth going to come from?”

Brazil bulls say it will come from strengthening domestic demand and investment, as the private sector replaces the public sector as the engine of growth. Economy Minister Paulo Guedes talks regularly about the “crowding in” of private sector investment in the coming years.

The stakes are high. Coming to the end of his first year in power, the honeymoon period of President Jair Bolsonaro is over and a recovery in his popularity hinges largely on growth going up and unemployment coming down. Drausio Giacomelli, head of emerging market research at Deutsche Bank in New York, is pretty positive on Brazil, but cautions that 2020 will be a “make-or-break year.”

Economy Ministry officials have put the economy’s sluggish performance for most of this year down to consumers, investors and businesses all taking a “wait-and-see” approach to the new government.

After a double-dip recession scare earlier in the year, the economy grew by 0.6% in the latest quarter. That was faster than expected and the fastest in 18 months as business investment accelerated for a second straight quarter.

Significantly, a Datafolha poll this week showed that the improving economy is lifting Bolsonaro’s approval ratings, which had been lower than any president ever at this stage of their presidency.

Most economists are pencilling GDP growth of 2% or more for 2020, which will probably be around double this year’s growth. The government is budgeting for 2.3%, with the risk to that view skewed to the upside.

“Essential conditions for sustained growth were laid down in 2019. Brazil is ready for a new development cycle,” said Waldery Rodrigues, special secretary to the Economy Ministry.

With interest rates at 4.50% and inflation barely above 3.00%, businesses are slowly taking on more credit to invest and consumers are being encouraged to borrow and spend. The hope is this trend accelerates next year.

Ratings agency S&P on Wednesday raised its outlook on Brazil’s sovereign credit to positive from neutral, a step toward an eventual upgrade that would lift Brazil back toward investment-grade status.

Yet unemployment remains high at 11.6%, and is only likely to come down gradually. More than 12 million Brazilians are out of work, the number of underemployed is around double that, and the number of private-sector informal jobs is now a record high 11.9 million, according to statistics agency IBGE.

The PIIE’s de Bolle and other analysts note the labour market’s improvement is coming at a price: Many of the new jobs are low paid, low skilled, informal and precarious, which does not point to a boom in consumption.

And talk of domestic business investment and foreign companies and investors pouring funds into Brazil remains largely that: talk. The concrete rise in sustained investment has yet to materialize.